Cowboys and cowgirls will not be saddling up for the annual Cochrane Lions Rodeo this September. Kevin Firkus, co-director of the rodeo, announced the event’s cancellation July 28.
Aug 11, 2020 4:00 PM By: Kate F. Mackenzie 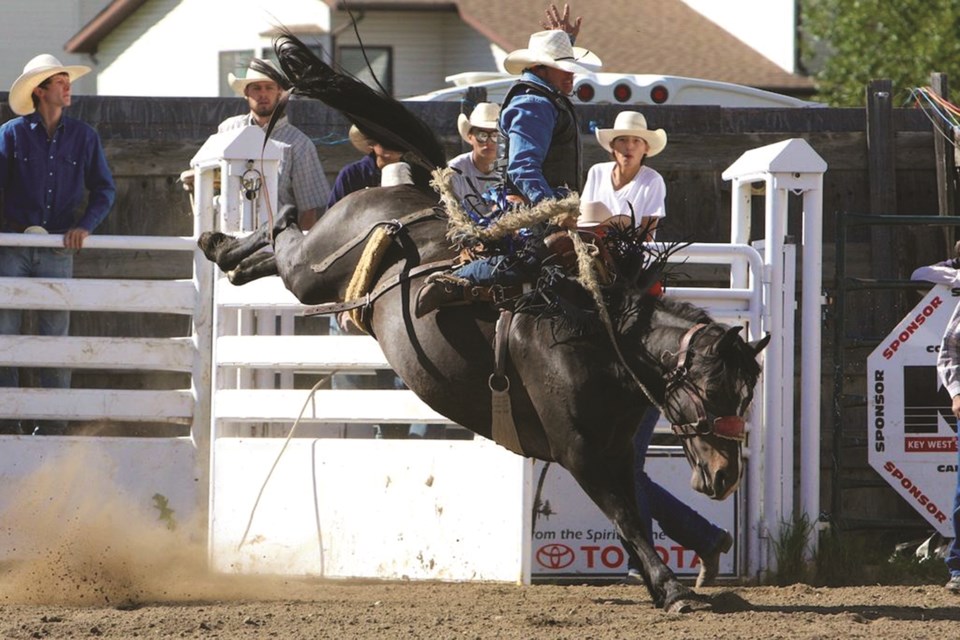 For the first time in 54 years, the Cochrane Lions Rodeo has been cancelled. Photo Submitted/For Rocky View Weekly

Cowboys and cowgirls will not be saddling up for the annual Cochrane Lions Rodeo this September.

Kevin Firkus, co-director of the rodeo, announced the event’s cancellation July 28. According to Firkus, 2020 marks the first time in 54 years the rodeo has not proceeded.

Firkus said organizers waited until the last moment to cancel the event in the hopes the COVID-19 pandemic would subside and they could provide Cochrane with its "largest annual community event."

Ultimately, co-director Chris Connon said the financial uncertainty of hosting the rodeo during a pandemic and a desire to protect the community from the risk of the virus determined the decision.

"It's not fair to anybody to put their health at risk, including our volunteers at the [Cochrane] Lions Club, whose average age is an at-risk group," Connon said.

The Cochrane Lions Club created the rodeo as a way to raise money for the community, Connon said, and the economic impact of cancelling it will likely be felt. Firkus estimated the rodeo brings $3 million into the town every year and said those funds raised go directly back into the community.

"We usually have 4,000 spectators a day," Connon said. "They're not only coming to the rodeo. They're going to tour the shops on Main Street, restaurants, hotels, gas stations. That's going to be a huge hit to the whole town."

Although the rodeo isn't happening, Firkus said he believes the Western spirit that brings Cochrane together will survive.

"For people who have lived here their whole life, it's one of the biggest spirit boosters," Connon agreed.

"We just have to look at it with a different expectation in mind for 2020 and plan to put on another amazing rodeo event in 2021."

Theresa Balko, a Cochrane resident who has attended the rodeo for the past 15 years, said she loves seeing people decked out in cowboy boots and hats when the rodeo comes.

"It's like a mini Calgary Stampede," she said. "Because it has that small-town feel, it brings a lot of people out other than just Cochranites."

Though Balko said she was disappointed the event was cancelled, she's glad the Cochrane Lions Club made a decision in the best interest of the community.