A strong start for the Airdrie Irish was not enough to quell an elite second-half effort from the Alberta Football League’s (AFL) newest team.
Aug 5, 2021 10:00 AM By: Scott Strasser
Previous Next
1 / 1 Returning to Ed Eggerer Athletic Park after a long hiatus, the Airdrie Irish men's football team played against the Edmonton Elite on July 31. Photo by Carmen Cundy/Airdrie City View
Expand
Previous Next

A strong start for the Airdrie Irish was not enough to quell an elite second-half effort from the Alberta Football League’s (AFL) newest team.

Playing their 2021 home opener on Aug. 1, the Airdrie Irish competitive men’s football team fell 43-26 to the Edmonton Elite at Ed Eggerer Athletic Park, in what was the Airdrie team’s first home game in nearly two years.

Backed by a passionate home crowd, the Irish stormed the gates to take a 10-point lead in the first quarter, before Edmonton got on the board with a touchdown midway through the second quarter with a long pass into the end zone. From there, the Fort Saskatchewan-based side started to take control of the contest.

Following a positive first half, the Irish started to bleed points after the halftime break, allowing the visitors to tack more TDs on the board and overtake Airdrie 28-26 by the end of the third quarter. 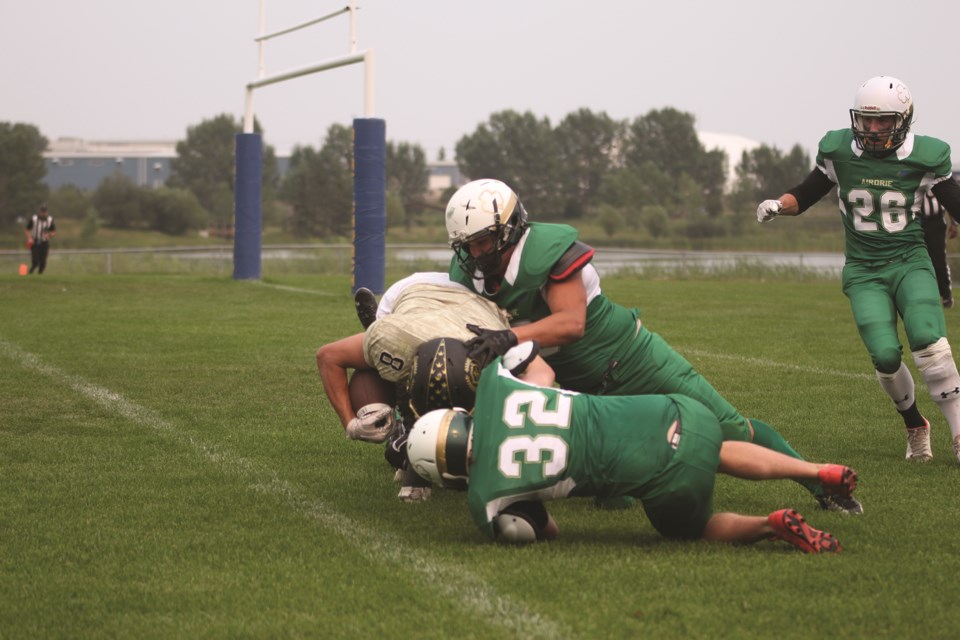 “It was definitely a consistent second half from the Elite,” said the Irish’s head coach Anton Bellot after the game. “There were some big penalties on offence that killed some big drives from us. I’m really proud of our offence, how they were able to move the ball at an effective rate, drive it down the field and keep a high tempo.

“But penalties will definitely kill us and take some points off the board.”

Then, Bellot said Airdrie’s defence ran into injury trouble as the fourth quarter wore on, allowing the Elite to extend their lead to 35-26, before adding one more insurance touchdown to put the game out of reach for the home side.

“Defensively, we just have to go back to the basics of understanding,” Bellot said. “Reviewing the film, our defence definitely needs to do a better job with our eye discipline and being a little more physical.”

The loss means the Irish are now 0-2 in the AFL’s shortened 2021 season. The Irish started their campaign with a 43-6 defeat at the hands of the Central Alberta Buccaneers on July 24. 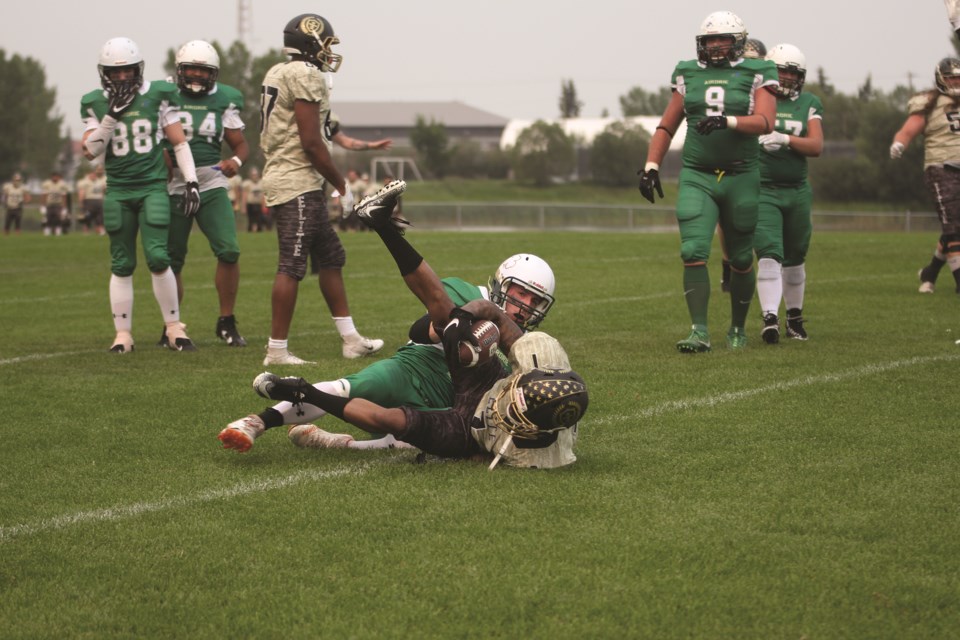 While the Irish stormed out to a 10-point lead in the first quarter, penalty and injury issues allowed the Elite to claw their way back into the contest. Edmonton eventually took control of the contest in the second half. Photo by Carmen Cundy/Airdrie City View

While Airdrie is still seeking its first win since 2018, after a winless 2019 campaign and a cancelled 2020 season due to the COVID-19 pandemic, Bellot said things are starting to come together as the Irish players continue to develop their chemistry.

“We’re glad to see familiar faces on the field and we’re glad football is back here, even though it’s a shortened season,” he said. “We’re very excited about that.”

Next up for the Irish will be a home tilt with the Calgary Wolfpack, who are also still winless in the AFL with a 0-2 record.

The game should be an exciting one, as Airdrie and Calgary enjoyed a strong rivalry back in 2019, when the Wolfpack edged the Irish in each game they played against each other. 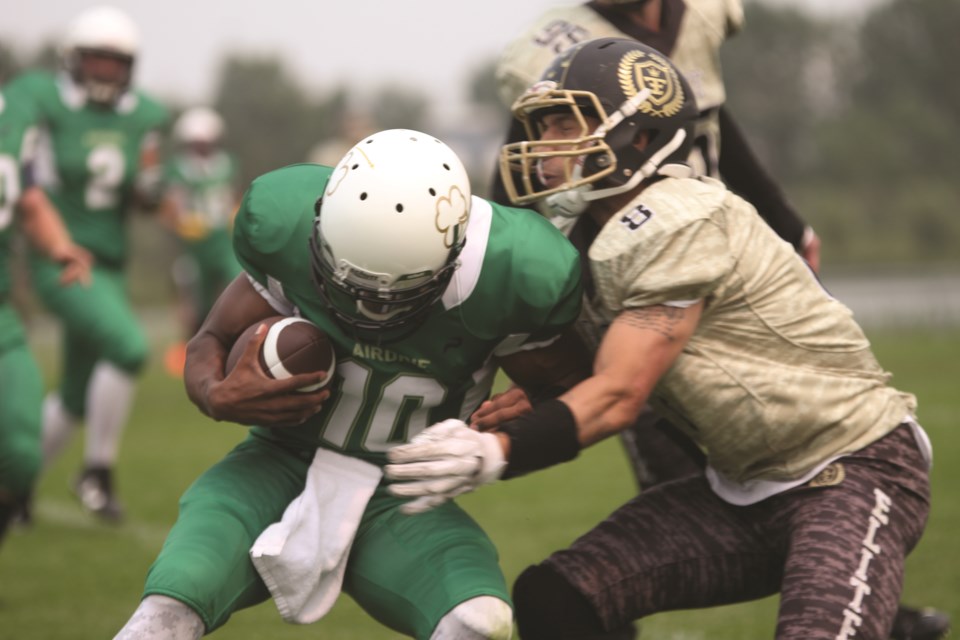 Bellot said the Irish will prepare for the upcoming battle with Calgary just as intensely as they did for the previous two.

“It will be rivalry week for us, so we’re dialled in and ready to go,” he said. “We want to see a crowd as big as last week and we’re looking forward to a really good game.

“Yes, [Calgary is] 0-2, but we’re not going to take anything for granted here. We need to prepare just as hard as we did the previous week to really breed that consistency and culture we’re trying to build.”

Kick-off is slated for 2 p.m. at Ed Eggerer Athletic Park.