“I’ve been working out here for almost 13 years. I’ve looked after the CTA members as well as the Crime Reduction members for a few years working out in that community,” Savinkoff said. “I certainly look forward to it— The things that I’m looking forward to presenting are some really clear crime reduction initiatives.”
Dec 24, 2020 9:15 AM By: Chelsea Kemp 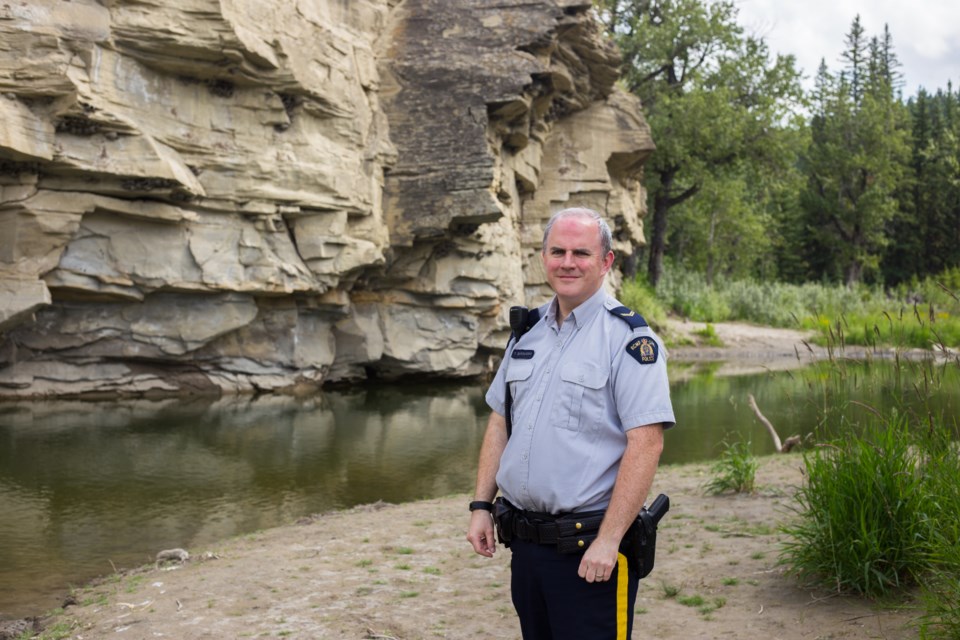 The project has been in the works for the past year, said Cochrane RCMP Cpl. Troy Savinkoff, and the Stoney Nakoda detachment will see a culmination of RCMP members from Kananaskis and Cochrane meld to create a semi-autonomous centre on Jan. 4.

Initially, the Stoney Nakoda detachment will have eight regular constables and 2 Non-Commissioned Officers to run the management side. Savinkoff noted Kananaskis will also be part of the detachment area.

Savinkoff has been named interim commander of the new detachment.

“The first goals are to strive for 24-hour policing and have members stationed out in the community in order to provide a more visible presence as well as more quicker response time to community concerns,” Savinkoff said. “Our members will also be engaging in several community-related initiatives that will be starting when the detachment starts.”

He added as the detachment takes root in the community the hope is the number of RCMP members in Stoney Nakoda will increase.

The RCMP has been working closely with the Stoney Nakoda Band Council, Stoney Tribal Administration and the Wesley, Chiniki and Bearspaw First Nations in anticipation of the launch of the new detachment.

The new centre will be based out of the RCMP satellite office located west of the Chiniki Gas Bar.

Savinkoff noted plans are in the works to build a new detachment building within the Stoney Nakoda community sometime in the future.

“I’ve been working out here for almost 13 years. I’ve looked after the CTA members as well as the Crime Reduction members for a few years working out in that community,” Savinkoff said. “I certainly look forward to it— The things that I’m looking forward to presenting are some really clear crime reduction initiatives.”

Savinkoff said he wants to start up a HUB program to help with the sentencing of defenders and management of them when they commit offences with an emphasis placed on cultural sensitivity.

The HUB program is focused on managing and targeting high-risk offenders who the RCMP can work with it in regards to housing, income support and probation. The program allows them to target at-risk community members and work with specific offenders to try to understand and address the main issues leading them to commit offences.

“You jointly work on different solutions on how you can either deal with them outside the criminal justice system or how the criminal justice system can be modified in order to support them a little bit better to try and get them out of that loop— Get them out of the perpetual rotation in and out of jail,” Savinkoff said. “We’re not just creating a detachment— We’re bettering the service that we provide out there in more ways than just responding to complaints.”

Currently, the Stoney Nakoda First Nation has two full-time Community Tripartite agreement members in the community. The duo has been working on community and crime initiatives.

Cochrane RCMP members who responded to complaints and patrol in the Nation have been based in the town.

The new detachment was proposed because members were having to return to their home base in Cochrane. Savinkoff explained there were concerns regarding members' safety having to rush to urgent calls on the highway along with the long commute time.

“There’s a whole bunch of concerns about that distance, and that’s why this new detachment was proposed and why it’s being opened,” Savinkoff said.