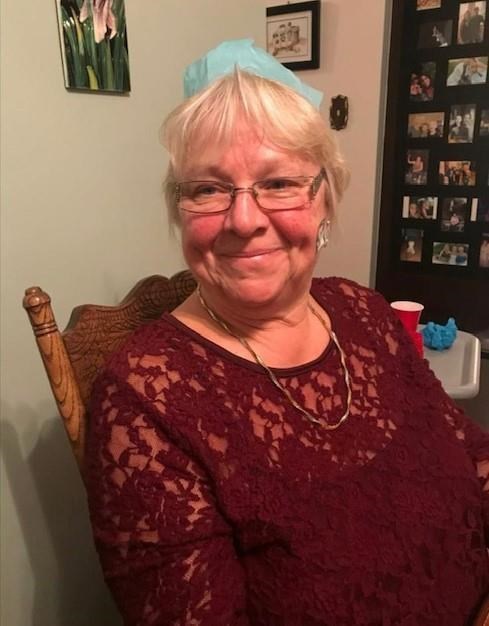 Rose Vandelannoite is shown in a family handout photo. A union representing front-line health-care workers says Vandelannoite, one of its members in the Edmonton area, died from COVID-19. THE CANADIAN PRESS/HO

SHERWOOD PARK, Alta. — A retirement home aide who died from COVID-19 was being mourned Tuesday as a devoted caregiver, proud mother and tireless labour advocate.

Local 3000 of the Laborers' International Union of North America said Rose Vandelannoite, 63, became infected with the novel coronavirus in early December and died Sunday in hospital.

The union said it had been confirmed she contracted the virus while working at the Summerwood Village Retirement Residence in Sherwood Park, Alta., but it was not clear how.

Vandelannoite worked as a health-care aide at the home and was chief union steward.

"Rose was like a firecracker. She always made sure that her voice was heard," said friend and colleague Nanou Suamy, who worked with Vandelannoite for 10 years and was with her in her final moments.

"She was kind of goofy and sarcastic a little bit, but sweet as a pie."

Suamy said she learned a lot from her friend, who she said always made sure everyone was treated equally at work.

Vandelannoite's daughter, Kelsey Torkelson, said her mother was a selfless "health-care hero" with a sense of humour like no other.

"This virus does not discriminate. It takes from families. It cuts life short," she said in a statement read at a news conference Tuesday by her mother's friend, Ann Waller.

"It will leave me with a hole in my heart for the rest of my life."

Torkelson said her mother cared for others during the pandemic, even though her own health conditions made her more vulnerable. Waller, who is the union local's president, said Vandelannoite had asthma and diabetes, which were under control.

She said the loss makes her sad and angry.

"Rose should not have died. Her life was cut short because she went to work," said Waller, who lamented that her friend will never see her two adult children get married and have kids of their own.

A fundraising page set up by the union on the online platform Fundrazr had taken in nearly $7,000 by Tuesday afternoon to help Vandelannoite's family cover funeral expenses.

Waller urged the Alberta government to make sure front-line workers don't face financial hardship if they have been exposed to COVID-19 and have to isolate or are sick. It's not clear whether that played a role in Vandelannoite's death.

"There’s no excuse in the second wave of this pandemic that those safety nets are not in place," she said.

"Health-care workers are not a disposable commodity. We have to protect them."

Gil McGowan, president of the Alberta Federation of Labour, said his group and affiliated unions will be ramping up efforts to push for isolation pay. He said they will also be demanding the Alberta government require employers to give staff at least 10 days of sick leave.

"We have said goodbye to far too many of our friends and colleagues who have died as a result of workplace exposure to COVID and we know that more will die in the coming weeks," he said.

"These deaths are doubly tragic because many of them could have been and should have been avoided if workers simply could afford to stay home if they needed to."

Alberta reported the deaths of three other health-care workers last week: a health-care aide at a Calgary long-term care facility, a woman in the Edmonton zone whose occupation has not been released and a physician who contracted COVID-19 outside the workplace.

This report by The Canadian Press was first published Jan. 12, 2021.