HIGH RIVER, Alta. — A COVID-19 vaccination clinic for thousands of workers at a southern Alberta beef-packing plant isn't going ahead as planned due to a lack of vaccine.
Apr 22, 2021 10:45 AM By: Canadian Press 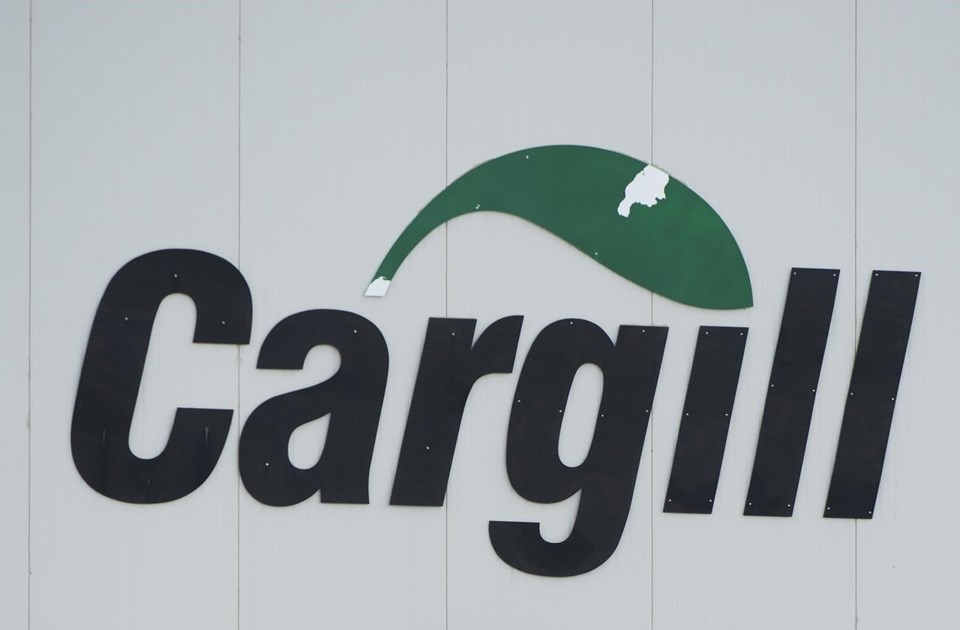 A Cargill sign is shown at one of its meat-processing plants in Chambly, Que., on Sunday, May 10, 2020. A vaccination clinic for thousands of workers at a southern Alberta beef-packing plant has been postponed due to a delay in a shipment of the Moderna vaccine. THE CANADIAN PRESS/Graham Hughes

HIGH RIVER, Alta. — A COVID-19 vaccination clinic for thousands of workers at a southern Alberta beef-packing plant isn't going ahead as planned due to a lack of vaccine.

The clinic, which was scheduled to open Thursday, was to immunize 2,200 workers at the plant near High River, Alta. south of Calgary.

"The Cargill vaccination clinic hasn’t been cancelled — it’s been postponed," said Tom McMillan, a spokesman with Alberta Health. "The shipment of Moderna vaccine that was to be given at Cargill was delayed."

McMillan said the clinic will be rescheduled as soon as the vaccine becomes available. He said health officials have met with Cargill to update the company and to assure it staff will be vaccinated "as soon as supply permits."

He said Alberta lost nearly 64,000 doses of the Moderna vaccine, which is about half the supply, that was scheduled for this week and which could be delayed until early May.

"This is frustrating for all of us but these delays are outside of Alberta’s control," McMillan said.

"We want this clinic to proceed as soon as possible."

Last spring, nearly half the workers at the Cargill plant contracted the novel coronavirus and two employees died. The meat-packer shut down for two weeks.

"We are disappointed with the news that our vaccine clinic has been postponed, but remain ready to help facilitate vaccines for our employees once they are available," Cargill spokesman Daniel Sullivan said in a statement.

"We’re optimistic that vaccines will play a critical role in slowing and stopping the devastating impacts of COVID-19 across the globe."

Immunizations were to be provided by occupational health nurses with Cargill and by doctors with local primary health networks.

Thomas Hesse, president of the United Food and Commercial Workers Local 401, which represents the employees, said the development is a blow to worker morale.

"I think it was an opportunity for them to restore some trust. Now we're left feeling hollow and flat."

Hesse said there should have been a way for Alberta Health to redistribute some Moderna vaccine from other sectors.

"I call upon them to work towards vaccinating these essential workers, a place that needs it so much, a place with a horrific history."

He said Cargill workers will continue to remain at risk the longer vaccinations are delayed.

"Every minute, every nook, cranny, every breath of air that they take — these essential workers are at risk. Many of them are disadvantaged citizens and are at the highest of risk."

This report by The Canadian Press was first published April 21, 2021.