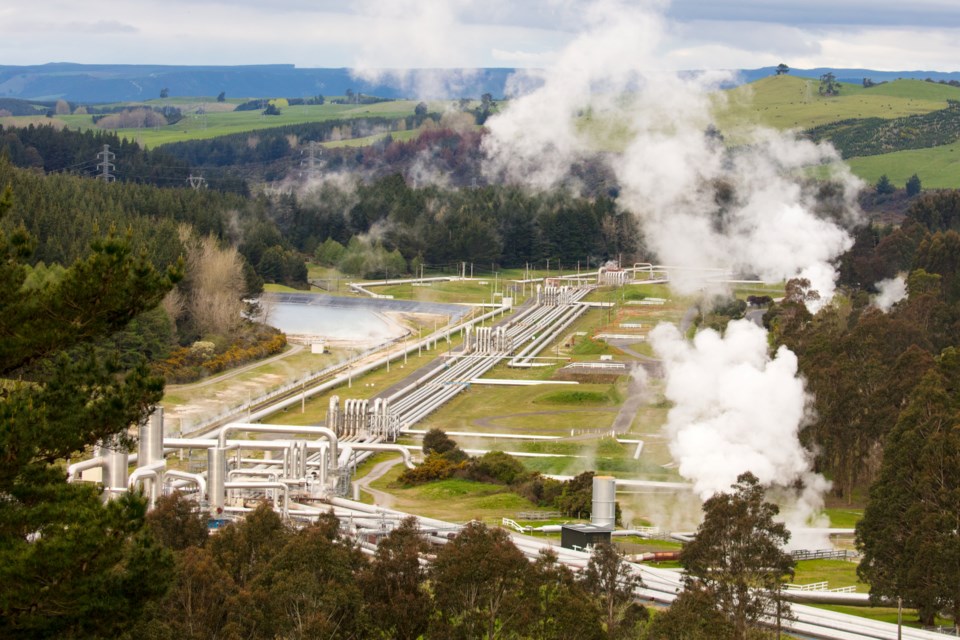 An $80 million commercial geothermal facility in the Municipal District of Greenview will be the first of its kind in Alberta.

Though the Alberta No. 1 project by Terrapin Geomatics isn’t scheduled for completion for another three years, the Alberta government is aiming to establish a regulatory framework to encourage further geothermal energy projects.

The provincial government is promoting geothermal power in a bid to diversify Alberta’s energy industry, and Terrapin may pursue more projects in the region.

“The (Greenview) project is currently undergoing the procurement process for the initial exploration well, which is expected to spud (in the first quarter of) 2021.”

Last year, Terrapin and Greenview council announced the intention to launch Alberta No. 1 in the Gold Creek area, south of Grande Prairie.

Jeon told Town & Country News last week Alberta No. 1 is projected for completion in the fourth quarter of 2023.

“The facility is anticipated to generate five megawatts net of electricity annually,” she said.

Terrapin’s vice-president of operations coudn’t be reached for comment on where else in northwest Alberta Terrapin is considering establishing other facilities.

Geothermal energy is a term used to describe the harnessing of natural heat emanating from inside the Earth, used for heating and cooling or to generate electricity.

“With a framework in place, it provides certainty for all parties.”

According to Bal, this fall the Alberta government will enter into consultations with various groups to craft legislation setting regulations for geothermal projects.

These regulations can address land use, liability management and the protection of landowners and mineral rights owners, according to Alberta Energy.

Developing geothermal energy in Alberta has the potential to create jobs and lower greenhouse gas emissions while capitalizing on the energy industry’s drilling expertise, Bal said.

According to Alberta Energy, existing oil-and-gas wells and infrastructure may be used to extract geothermal energy, and this can limit further land impacts.

“Alberta’s support for the geothermal industry through the introduction of regulations and policies will create new opportunities for the energy sector,” said Alison Thompson, Canadian Geothermal Energy Association (CanGEA) chairperson.

“CanGEA believes that Alberta has tremendous accessible geothermal resources suitable for district heating and other space heating opportunities spread throughout the province.”

Aside from Alberta No. 1, a number of companies are embarking on geothermal pilot projects in the province, according to the government.

According to the University of Alberta, geothermal energy in the province can be developed on a commercial scale to provide electrical power across much of western Alberta.