'Like a flash fire:' Rabbit owners warned about outbreak of deadly disease in Alberta

There were outbreaks in British Columbia in 2018 and 2019 and in Montana and Oregon earlier this year. The disease runs its course in one to five days and is usually fatal for the animals.
May 8, 2021 10:15 AM By: Canadian Press 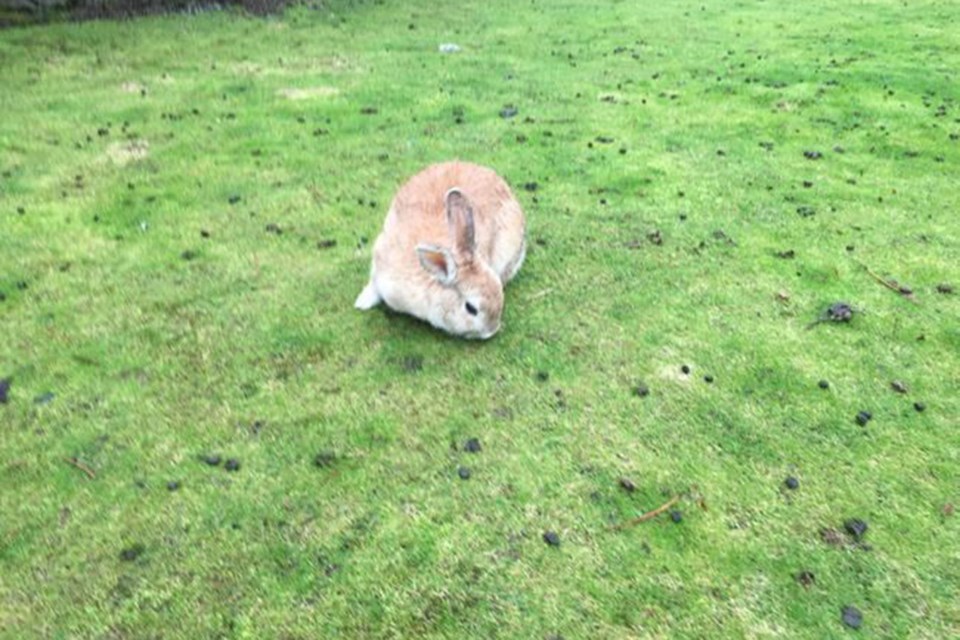 A wild rabbit grazes in Nanaimo, B.C. in this Feb.2, 2018 photo. Rabbit owners in Alberta are being warned about a deadly virus that was identified in a southern Alberta household last month. THE CANADIAN PRESS/Dirk Meissner

The rabbit breeder for 40 years in Cold Lake, Alta., says she saw the writing on the wall before a deadly rabbit virus appeared last month in the southern part of the province.

"We sort of knew this was coming a few years before it actually hit. So we stopped showing and we bought nothing from anybody, anywhere," said Romick, who works at Beladarus Rabbitry with her daughter.

"It does cause a pretty significant level of mortality in animals that do get exposed. It is quite a severe disease for rabbits," Lehman said in an interview Wednesday.

"Fortunately there are no human health risks. It is very confined to rabbits but for rabbits, it is probably one of the worst ones out there."

What is concerning, he said, is it appears to be a variation of the original disease that impacted only domestic rabbits.

"In 2010, we saw it was getting out and affecting the wild rabbit population as well. I'm not talking about the escaped pets that can procreate, but those who are truly native to our wildlife," said Lehman.

There were outbreaks in British Columbia in 2018 and 2019 and in Montana and Oregon earlier this year. The disease runs its course in one to five days and is usually fatal.

Alanna Weeks from Clockwork Rabbitry in Armstrong, B.C., said the news from Alberta is a concern.

"All the rabbit breeders I have spoken to are all really nervous about it especially since this could be a different strain than what we dealt with before," she said.

"The new one that just came up from the United States, we're waiting to get confirmation that it is the strain that was found in Alberta because that one has been wiping out wild populations."

When the B.C. outbreak occurred, she said breeders were able to get a vaccine for their rabbits from the United States on an emergency basis and the crisis was averted.

Romick said all it takes is for one infected animal to make it into a herd, and it's over.

There's a booming rabbit industry in Canada. Agriculture and Agri-Food Canada says there were over 2,800 rabbit farms in 2016. Many of the rabbits go to the meat industry, some are harvested for fur and others become family pets.

Romick said the hemorrhagic disease could decimate the industry.

"In the right instance, if it got into some of these big areas where they're breeding for meat production and they brought in some new stock. It could literally wipe out a business," she said.

"If it went through a 200-to-400-doe barn, it would wipe out every animal, every doe, every buck. And you can't use those carcasses for human production."

She added that the disease is also a terrible way for the animals to die.

Dr. Jamie Rothenburger, a veterinary pathologist and assistant professor at the University of Calgary's faculty of veterinary medicine, said the disease has to be taken seriously. It can be transmitted by something as simple as grooming or purchasing a pre-owned rabbit cage.

"I think we're all getting more familiar with infectious diseases in these days of COVID. So the idea of a virus living on a vector isn't a surprise," Rothenburger said.

"It's one of Canada's immediately notifiable diseases under the Health of Animals regulations. And so, if you suspect the disease as a veterinarian or a laboratory confirms it, the (Canadian Food Inspection Agency) has to be notified immediately."

Rothenburger said it's unclear how widespread the disease could be. She's leading a study in Calgary looking at health and disease in urban hares.

"Those are the jackrabbits we see hopping around our neighbourhoods. And we are going to be testing them for this very disease in the coming months to find out if it is here and hasn't been detected yet."

This report by The Canadian Press was first published May 5, 2021.