“Absolutely under no circumstances should you feed any wildlife … we need everybody contributing to the effort to keep the wild in wildlife," said Dan Rafla, a human-wildlife management specialist with Banff National Park.
May 15, 2021 11:45 AM By: Cathy Ellis 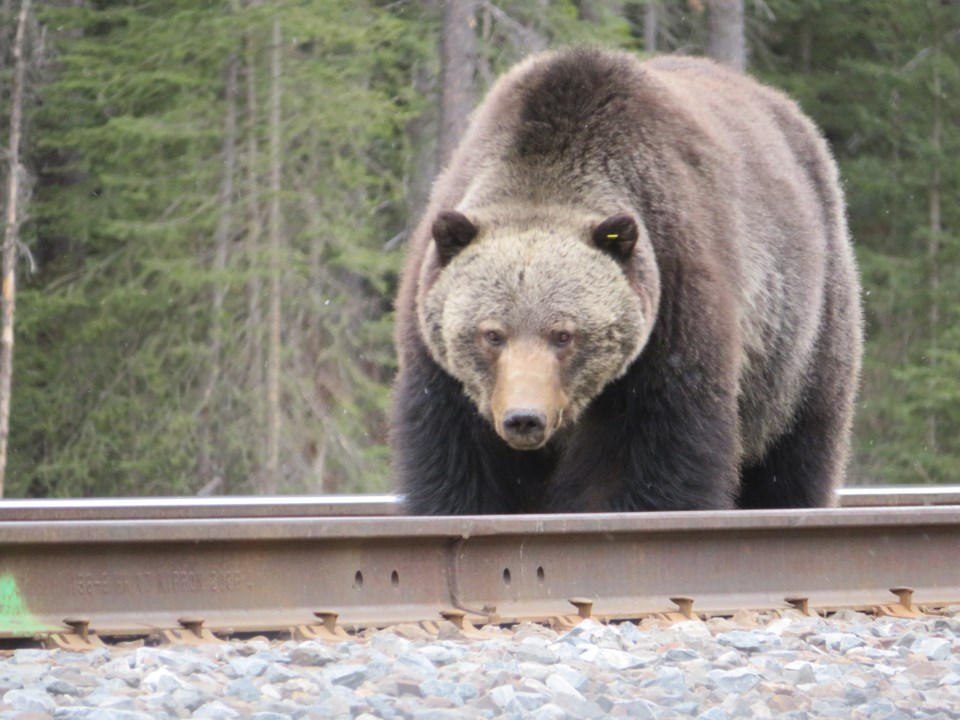 BANFF – The Boss and Split Lip, two of Banff National Park's most well-known grizzly bears, are both out of their dens and wandering the Bow Valley in search of food.

The emergence of these two most dominant male grizzly bears, plus several other grizzly bears and black bears, has prompted Parks Canada to begin its weekly bear occurrence report for Banff, Yoho and Kootenay national parks.

The weekly report, which started on Friday (May 7), outlines where and when and which species of bears have been seen over the previous week.

The report is not given in real time, so people can’t use the information to follow or harass bears.

“It’s knowing where bears are travelling, and perhaps if that’s something you’re concerned about, plan accordingly, or maybe consider using another trail or other areas to recreate,” Rafla said.

“With that in mind, if Parks management was concerned at all of an increased risk to visitor safety, we have other methods as well; for example, a warning or closing an area if it was anything beyond that bears are being seen.”

It is not just the dominant male grizzly bears such as the Boss, also known as No. 122, and Split Lip, referred to as No. 136, that have been spotted, but also sub-adults, mamma bears with older offspring – and both species of bears.

“Some of the moms who might have newborn cubs may still be in their den sites a while yet,” Rafla said.

“But a lot of other bears are on the landscape – awake, hungry and trying to make a living out there.”

With many bears feeding roadside, Parks Canada has implemented its annual no-stopping zone along a 15-kilometre stretch of Highway 93 South in Kootenay National Park.

The no-stopping zone between McKay Creek operations centre and Settler’s Road will remain in place until bears move away from the highway as food becomes more plentiful at higher elevations.

Parks Canada officials say wildlife officers and park wardens will routinely patrol the area to ensure motorists are complying with the no-stopping zone.

The say wardens and RCMP can lay charges for those violating the restriction, which could result in a $155 ticket or mandatory court appearance and maximum fine of $25,000 if found guilty.

To avoid a bear encounter in the mountains, make noise to let bears know you’re there; watch for fresh bear sign like tracks, droppings, diggings, torn-up logs or turned-over roads; and keep dogs on leash at all times.

Parks Canada reminds people to carry bear spray and know how to use it.

“It’s important to have your bear spray on you and easily accessible, not in a water holder or in your backpack,” Rafla said.

“Hopefully you never need to use it, which is the reality in most cases, but if you do, you’ll be so glad that you have it.”

Visitors are reminded it is illegal to feed wildlife – directly or indirectly by leaving garbage accessible.

Whether hiking, camping or picnicking, Rafla said it is vital people leave no trace by putting garbage in bear-proof bins or packing it out.

“Bears have an incredible sense of smell – even things like an empty soda pop bottle or candy wrap – are still going to be a scent,” Rafla said.

“Absolutely under no circumstances should you feed any wildlife … we need everybody contributing to the effort to keep the wild in wildlife.”

Parks Canada asks that all bear sightings be reported promptly to Banff dispatch at 403-762-1470.