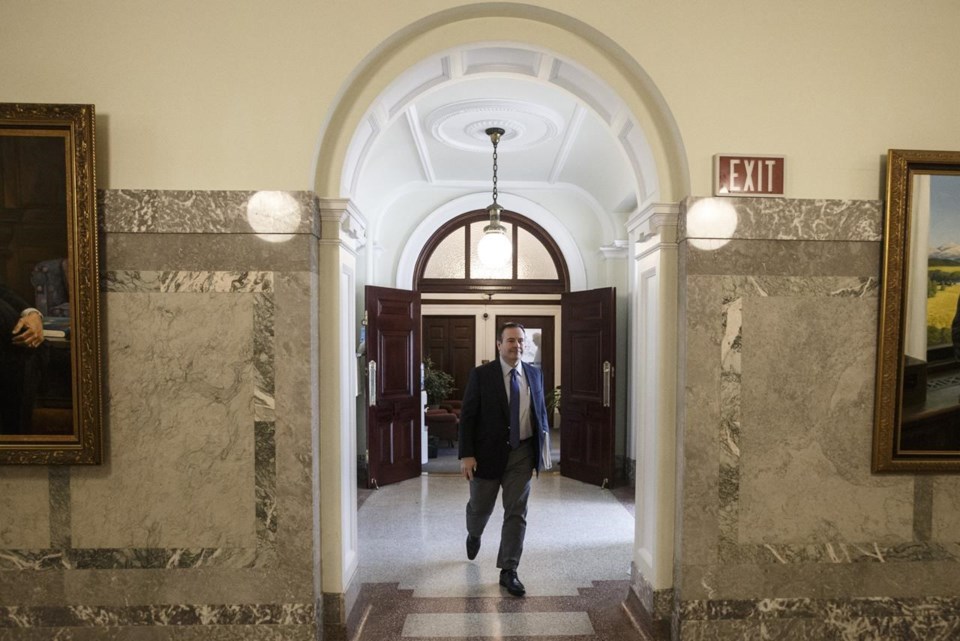 EDMONTON — Alberta has introduced a bill that would give legal protection to health workers, including long-term care-home operators, facing lawsuits over COVID-19.

Richard Gotfried, a United Conservative backbencher, says the proposed legislation offers protection but is not a free pass in the courts to those who have been demonstrably derelict.

“This (bill) is not meant to protect anyone. It is actually meant to hold people to account,” Gotfried said Thursday before introducing the bill in the house.

“But they’re also being held to account by meeting the high standards of care.

“If somebody is not meeting those high standards and there is a death or illness … I absolutely encourage (families), as I would personally with any of my relatives, to pursue that to the full course of the law.”

The bill proposes exempting a range of workers, including doctors, pharmacists and care-home operators, from being sued over COVID-19 unless it was for gross negligence.

Gross negligence has a higher bar to reach in law, as it involves flagrant failure to implement or follow an accepted standard of care.

The proposed law would be retroactive to March 1, 2020, around the time the pandemic started in Canada.

If it passes, any existing lawsuits will have to be amended to meet the threshold of gross negligence.

A law firm that filed a lawsuit against a seniors home in Calgary last May said the bill puts wrongdoers and insurance companies ahead of justice and safety.

“Why would the government grant care facilities a licence to be irresponsible?” asked Mathew Farrell, a partner at Guardian Law Group.

“The threat of legal action makes corporations do the right thing — one of the few things that does. Why would the government take away this lever of corporate accountability?”

Farrell said if the bill is passed, the firm will immediately file a constitutional challenge arguing it would treat people who are seniors and less able-bodied differently.

There have so far been 2,048 COVID-related deaths in Alberta. About 61 per cent have occurred in long-term care facilities or supportive living sites, particularly in the early months of the pandemic.

Deaths have dropped sharply in recent months, as seniors and care-home residents were given priority for vaccines.

The government said there are four outstanding Alberta lawsuits that would fall under the legislation and would have to be amended to sue for gross negligence if the bill passes.

"Many of these Alberta families, who saw the mishandling of outbreaks up close, have gone to the courts to hold these operators accountable," said Sigurdson.

"(The bill) is a gift to the owners and shareholders of profitable, private companies at the expense of Alberta families. It's morally wrong."

“Our association has advocated for liability protection to protect operators who have been diligently following public-health orders and recommendations during the pandemic,” she said in a statement.

“It would ensure the protection and sustainability of the continuing-care sector as a whole."

Gotfried said he has been doing extensive work in the field and has been working on a larger review of continuing-care legislation for Alberta Health.

— With files from Bill Graveland in Calgary