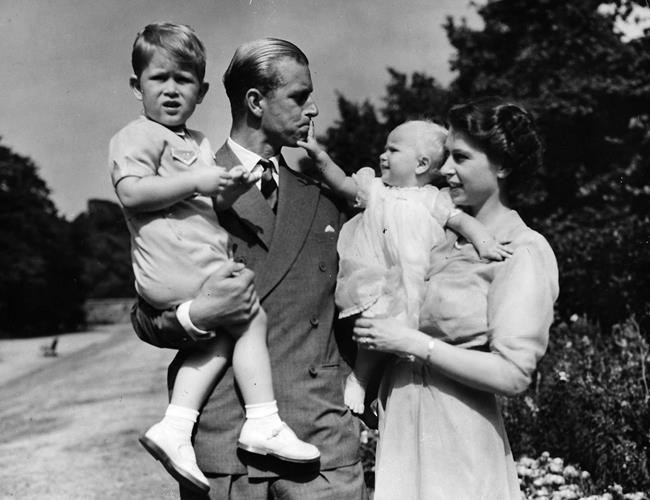 LONDON — Queen Elizabeth II's only daughter, Princess Anne, will be celebrating her 70th birthday on Saturday in a no-nonsense manner befitting her reputation in Britain.

Whatever is planned for the princess, it will have to be a scaled-back affair because of the coronavirus pandemic. Not that the pandemic has stopped Anne.

She's been as busy as ever helping out the many charities with which she is associated, such as Save the Children. She also has been seen remotely assisting her mother get to grips with online video calls while the queen and Prince Philip are locked down at Windsor Castle.

Mike Tindall, the former England rugby player who is married to Anne's daughter, Zara, said the family had planned to mark his mother-in-law's milestone in Scotland but that alternative arrangements had to be made.

“I’m sure we’ll do something as a family to celebrate her 70 amazing years. She’s just an incredible woman in terms of how much work she can get through in the year,” Tindall told the BBC. “We will be doing something. As yet, I don’t know whether she knows, so my lips are sealed.”

As part of the birthday celebration, Anne has been the subject of an ITV television documentary, more than a year in the making. It features unseen family footage and conversations with her daughter, her son, Peter Phillips, and with her husband, Vice Admiral Tim Laurence.

Anne, whose formal title is Princess Royal, is widely admired for her work ethic, sporting pedigree - she competed as an equestrian in the 1976 Olympic Games - and for a particularly dry British sense of that she donned with such effect during a kidnapping attempt in 1974.

Born on Aug. 15, 1950 at Clarence House, one of the royal family’s London residences, she is the younger sister of Prince Charles, the heir to the throne, and elder sibling to princes Andrew and Edward. She is currently 14th in the line of succession.

Anne has plowed her own path since she was a young girl. She certainly hasn't been the traditional sort of princess seen in fairy tales.

“As a young princess, I was a huge disappointment to everyone concerned," she once remarked. "It’s impractical to go around in life dressed in a long white dress and a crown.”

While Anne is connected with more than 300 charities, organizations and military regiments, and regularly tops the list of royals carrying out the most public engagements, she is probably best known in Britain for her prowess in the saddle.

She — and her horse Doublet — won the European Championship eventing individual gold medal in 1971, an achievement that earned her the admiration of the nation and the coveted BBC Sports Personality of the Year award.

Sport has featured in her life ever since. As well as winning a place in the 1976 Olympics in Montreal, Anne has been a long-standing member of the International Olympic Committee. She also played a central role in London’s successful bid to host the 2012 Olympic Games, and was a member of the organizing committee.

Zara Tindall inherited her mother's horse-riding skills and won a silver medal in London as part of the British eventing team. Anne, of course, was the appropriate person to present Tindall with her medal..

Before having children, Anne and her first husband, army Capt. Mark Phillips, survived an attempted kidnapping in 1974 while she was being driven to Buckingham Palace. When the armed would-be abductor, Ian Ball, told her to “Come with me for a day or two” because he wanted 2 million pounds, the princess replied it was not “bloody likely, and I haven’t got 2 million pounds."

Anne said she was “furious at this man who was having a tug of war" with her and for ripping her blue velvet dress.

That dry sense of will no doubt be on display Saturday, whatever goes on.