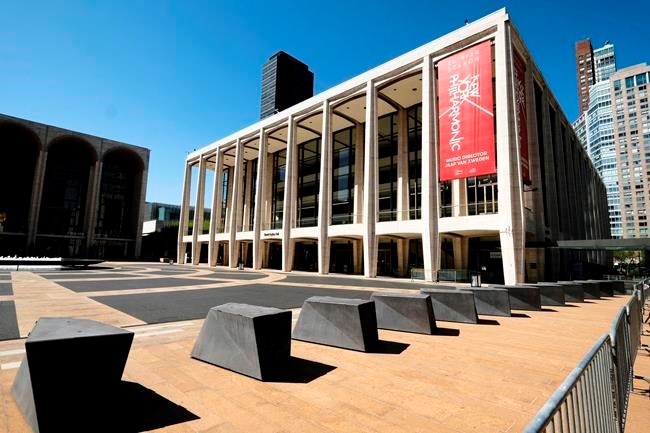 NEW YORK — The New York Philharmonic its fall season because of the coronavirus pandemic and has moved up the start of Geffen Hall’s reconstruction to take advantage of the orchestra’s absence.

“It’s still a question mark because we would need to be in phase four of the governor’s reentry plan,” she said in a telephone interview.

While the Vienna Philharmonic resumed performances in Austria last weekend with just 100 people in the audience, U.S. orchestras can’t afford to perform without ticket revenue.

“It gets to a point where it’s just economically not viable,” she added. “If you were at 50%, you would hope that would ease you towards with people getting comfortable with coming back to concerts."

Changes already are being contemplated.

“How can we keep our audience safe? How do we get them into the hall and out of the hall safely? How do we test the ushers?” Borda said. “We would probably be doing things like concerts without any intermission. We won’t give out programs. They’ll be available online. We’ll ask people to wear masks.”

A $550 million renovation is planned for Geffen Hall at Lincoln Center that will reduce capacity by more than 500 seats, eliminate two-thirds of the third tier, cut the orchestra from 43 rows to 33 and increase the auditorium floor rake. The hall originally had been slated to close for construction from May to October in 2022, then again from May 2023 until February 2024.

Pre-construction work will start in three weeks on areas such as the roof, elevators and heating, ventilating and air conditioning.

“You will now see some construction cladding go up around the hall,” she said. “Serious work can be done in the next six months, so we’re going to proceed. We are looking at options for the future, how things might roll out, because who knows when we’ll be back in the hall?”

The orchestra announced its decision one week after the Metropolitan Opera pushed back opening night by 3 1/2 months to Dec. 31.

The philharmonic has not played since March 10 and estimates operating losses of $7 million to $10 million to its $87 million budget for 2019-20 because of the pandemic. Another $9 million in ticket revenue will be lost due to the cancellation of the fall season.

Salaries of 106 unionized orchestra players were cut to minimum scale for April and have been at 75% of minimum since May. Health benefits continue through the Sept. 20 expiration of the current contract with Local 802 of the American Federation of Musicians.