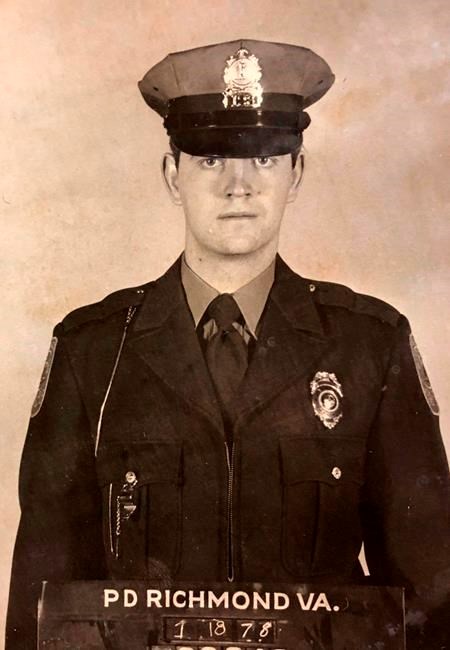 RICHMOND, Va. — A man who served decades in prison for the killing of a Richmond police officer and whose parole grant sparked a still-continuing investigation by Virginia’s government watchdog agency has been released from prison.

Vincent Martin, who had been held at the Nottoway Correctional Center, was released on parole, Virginia Parole Board chair Tonya Chapman told The Associated Press on Wednesday.

Martin, who was serving a life sentence for the 1979 killing of Richmond patrolman Michael P. Connors, had been scheduled to be paroled May 11, but his release was halted at the last minute.

A temporary 30-day hold was put in place “pending the conclusion” of an administrative investigation by the Office of the State Inspector General into the Virginia Parole Board, Chapman said at the time.

Chapman, who assumed her role after the decision had been made to grant Martin parole, said the inspector general’s office was investigating whether the board followed state law and other policies and procedures in its decision-making process, but not the board’s ultimate decision.

A spokeswoman for the inspector general’s office confirmed this week the investigation is still ongoing and said she could not discuss it further.

Chapman wrote in an email Wednesday that the 30-day hold had ended and Martin was released in accordance with state code that says “the final decision to grant release on parole rests solely with the Parole Board.”

The announcement of the inspector general's investigation came amid a push by the board to speed up its work because of the coronavirus pandemic and amid news reports from across the state about parole decisions in which both prosecutors and victims' families said they were not notified or given a chance to provide input as required by law.

Martin's parole grant sparked an uproar in the law enforcement community, and both Connors’ family and Richmond’s top prosecutor, a Democrat, asked the board to rescind its decision. Connors' family was contacted for input but has raised concerns about the process.

Republican lawmakers asked for Martin's release to be delayed at least until the inspector general's findings were complete.

Former parole board chair Adrianne Bennett, who recently left that role to become a judge, released a lengthy statement defending the board’s decision to release Martin. In it, she wrote that Martin “has demonstrated himself over the decades to be a trusted leader, peacemaker, mediator and mentor in the correctional community” and has been infraction-free for more than 30 years. Martin has always maintained his innocence, wrote Bennett, who has not responded to interview requests.

She wrote that his conviction was based "primarily upon the conflicting testimony of the three co-defendants," who were also convicted but completed lighter sentences in the 1980s and early 1990s.

Martin previously declined an interview request from The Associated Press sent through the Department of Corrections.

Connors, who was raised in Buffalo, New York, and the surrounding area was the oldest of five siblings in a close-knit family, his sister Maureen Clements said. He started his law enforcement career in Richmond and had been on the force for about a year, she said, when he was fatally shot in November 1979.

State Sen. Ryan McDougle, chairman of the Senate Republican caucus, called Martin's release before the completion of the investigation “outrageous."

“Mr. Martin's early release is an affront to the rule of law, an insult to law enforcement and a tragedy for the family of the police officer he executed, Michael Connors,” McDougle said in a statement.

Senate Democratic leadership, meanwhile, said they believed the process had played out fairly and they supported the board's decision.

“We are truly dismayed that Mr. Martin’s case has been hijacked for the purpose of clickbait and scoring political points,” Majority Leader Dick Saslaw and Caucus Chair Mamie E. Locke said in a statement.