The West Bragg Creek day use area has seen record-breaking attendance this season, according to the association that maintains its trails.
Jan 8, 2021 7:00 AM By: Scott Strasser
Previous Next
The trail network's popularity is partly attributed to its proximity to Calgary and Cochrane, according to the Bragg Creek Trails president Photo by Scott Strasser/Rocky View Weekly
Expand

The West Bragg Creek day use area has seen record-breaking attendance this season, according to the association that maintains its trails.

“It’s not something we were really surprised by, because we saw that trend all year,” he said. “With the closing of a lot of facilities, people are looking to the great outdoors for their recreation.”

Located just outside Rocky View County in Kananaskis Country, West Bragg Creek offers a 166-kilometre multi-use trail network in the foothills of the Rocky Mountains. In the summer, the area is a popular destination for mountain biking, trekking and horseback riding. In the winter, those activities are replaced with snowshoeing and cross-country skiing. 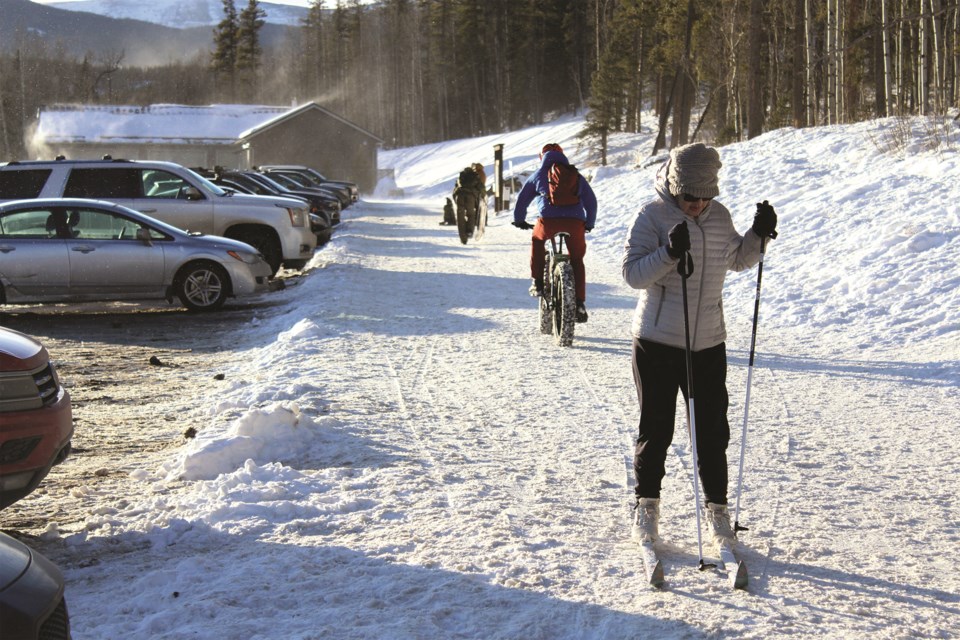 According to Schiebel, the area’s proximity to Calgary and Cochrane make it an easy alternative to the Bow Valley or Peter Lougheed Provincial Park for outdoor recreation enthusiasts. He estimates West Bragg Creek averaged more than 1,000 vehicles per day in 2020, and visitor counts for the year are expected to surpass 270,000 visitors, once final tallies are determined. In comparison, the area recorded approximately 187,000 visitors a year from 2017 to 2019.

“We’re definitely on course to break previous year’s records for attendance out here,” he said, adding some of the increased vehicle traffic could be the result of people travelling in separate cars to maintain compliance with COVID-19 cohort rules.

On Jan. 2, the area’s parking lot was full and the trails were abuzz with people snowshoeing, cross-country skiing, hiking or fat-tire biking. One such trail user was Bob Smith, who came from Calgary for a day of snowshoeing with his wife.

While he is an experienced cross-country skier who has been doing the sport for around 20 years, Smith said the Jan. 2 outing marked his first time snowshoeing.

“This isn’t bad – today, the trail is so packed down that you don’t need snowshoes, but it’s been a lot of fun,” he said. “We like to do hiking in the area as well.”

Smith acknowledged the trails seemed busier than previous times he had been to West Bragg Creek. He attributed the uptick in popularity to the pandemic, as well as the nice weather.

“We were out here two or three years ago to do some cross-country skiing,” he said. “It was busy, but nothing like this. We were here at 10 a.m. and got a parking spot. It was very busy but it’s a nice day, so you can expect a lot of people out.” 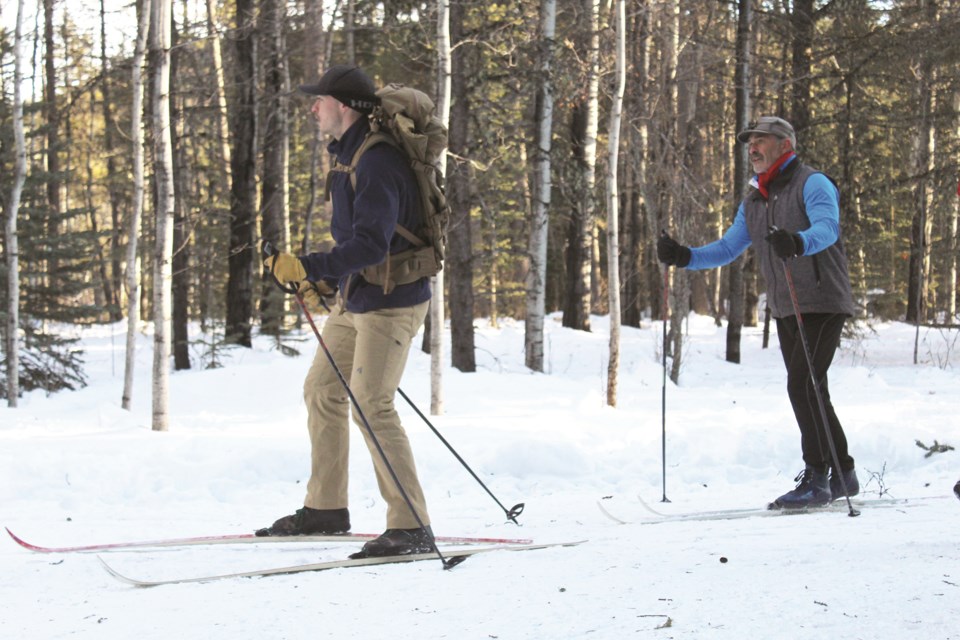 Schiebel said the COVID-19 pandemic has led to a spike in popularity for trail activities and has attracted plenty of newcomers.

“We’re definitely seeing a lot of new people to the trail scene,” he said. “That’s been the experience of the equipment outfitters as well. They’re constantly selling out of snowshoes and skis.”

For people who are new to trail sports, or visiting West Bragg Creek for the first time, Schiebel recommends getting familiar with the area and “starting small.” He encourages researching the trails beforehand, using resources like BCT's website, or to go with someone who has been to the trails before.

In response to the influx of newcomers and rookies, Schiebel said BCT started a trail host program in 2020. The trail hosts help impart proper trail etiquette and provide advice on which trails people should go on, based on their skill level.

Considering the increased wear and tear on the trails, Schiebel added he encourages trail users to respect and adhere to the posted signage. 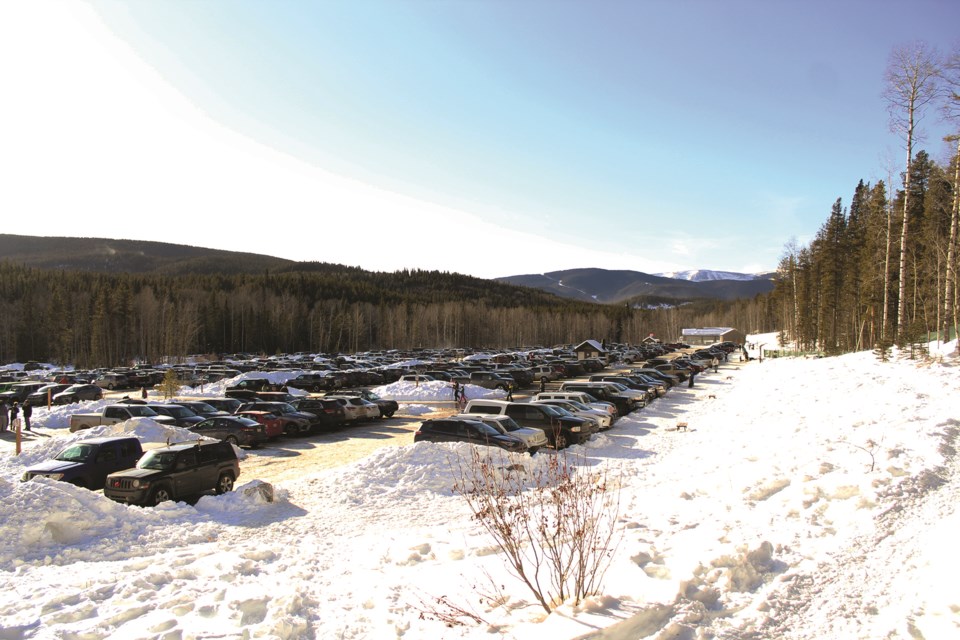 The West Bragg Creek day use area has seen increased popularity since the onset of the COVID-19 pandemic, according to the group that maintains the trail system.

“They do give directions how to properly use the trail and which trails are closed to certain activities,” he said.

Schiebel added BCT volunteers spend many hours maintaining the trails, and he asks visitors to respect that effort.

“By following some fairly basic rules, we can keep all the trail users safe and keep the trail damage to a minimum,” he said. “We are volunteer-based and it is frustrating for volunteers to have to continually repair trails that are being damaged because people are neglecting to follow the signage.”

For more information, or to see trail maps or conditions, visit braggcreektrails.org