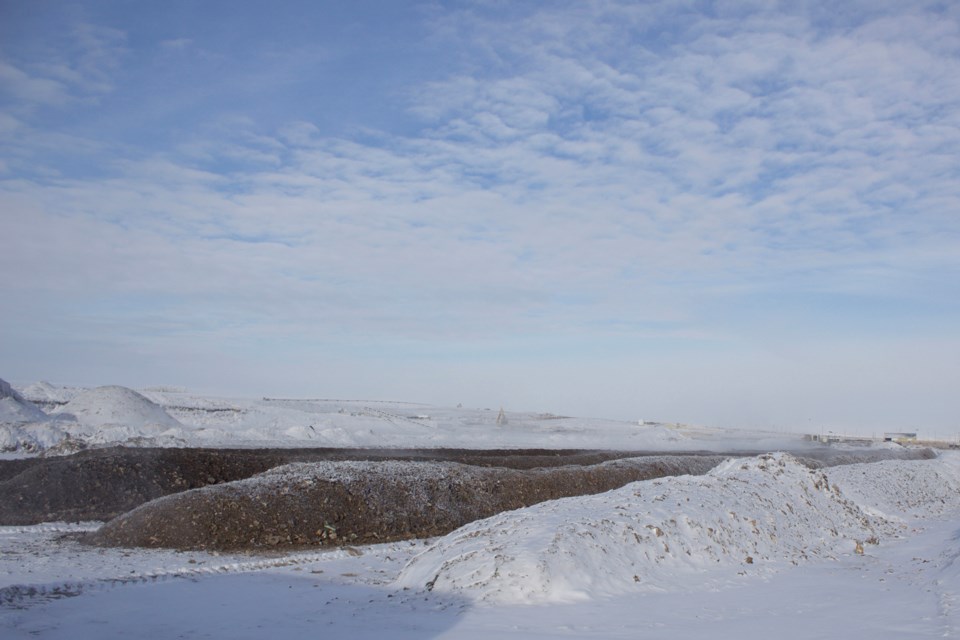 Windrows of compost at Thorlakson Nature's Calls Inc. sat under a blanket of snow in early 2019. The controversial compost facility will have until December to clean up its site after Rocky View County extended its deadline. File Photo/Rocky View Publishing

A shuttered composting facility will have extra time to clean up its site east of Airdrie following a decision by Rocky View County (RVC) council during a regular meeting July 9.

“[TNC] indicates it is not possible to adhere to the three-month timeline while still following Alberta Environment’s Code of Practice for Compost Facilities,” said planner Jessica Anderson.

TNC vice-president Lindsey Cybulskie submitted a letter to RVC July 3, indicating the site had stopped receiving materials, but requesting an extension of one year from council’s initial decision. According to the letter, “speeding up the composting process and removing materials before they mature are both high-risk operations that could cause significant odours and be a disturbance to our neighbours.”

“It is the absolute priority of the TNC team that the cleanup of the compost operation is done in a way to satisfy environmental laws while ensuring the non-impact to our community,” Cybulskie wrote.

According to Anderson, the County obtained advice from industry professionals who confirmed 90 days was not enough time to properly process the materials, and suggested six months would be sufficient.