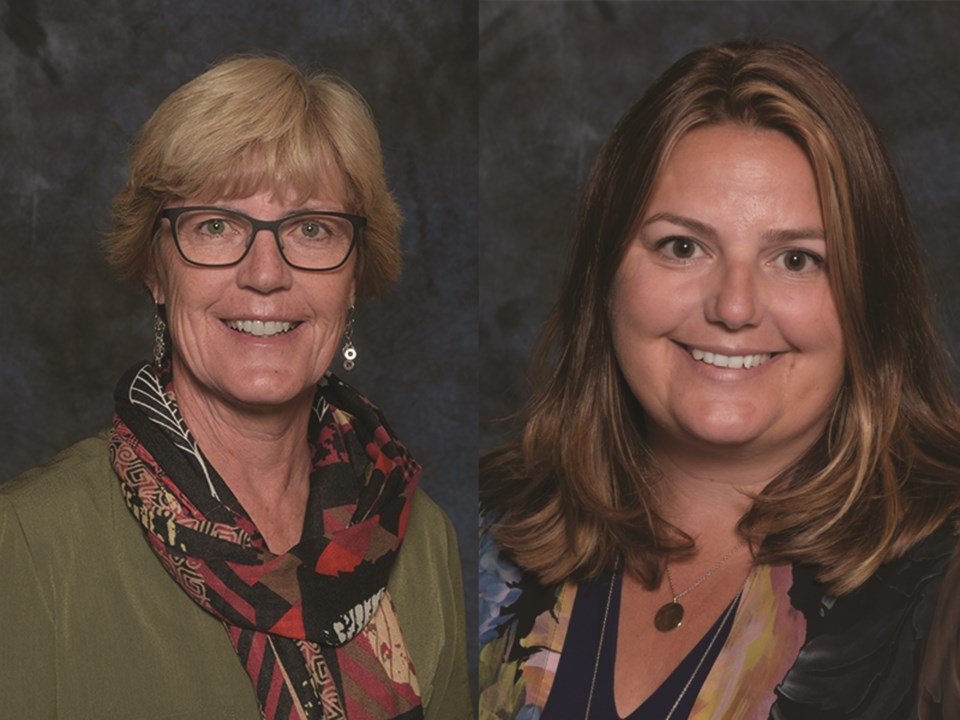 Wendy Ruzicka will take over as principal in Kathyrn. According to a press release from the school division, this will be Ruzicka's first principalship in RVS. Her tenure with RVS began in 2002 when she arrived as a learning support teacher for Kathyrn School. A year later, she took over the same role at Cochrane High School, where she worked until 2012 when she was promoted to assistant principal of Chestermere High School.

"Passionate about creating accessible learning environments that ensure all students are equally valued and have their diverse needs met, Ruzicka helped champion the implementation of the Positive Behavioral Interventions and Support framework, the Collaborative Response Model and the Response to Intervention Model in Northcott Prairie School," the release stated.

According to the release, Ruzicka is known for her collaborative leadership style.

Meanwhile, Mary Magee will take over as acting principal of Springbank Middle School, where she previously taught for more than 10 years.

"A veteran of RVS, Magee has worked as a teacher, assistant principal and acting principal in the jurisdiction since 1999," the release stated.

Magee has worked at Mitford School in Cochrane, Springbank Middle School and Banded Peak School in Bragg Creek. According to the release, she has championed physical literacy, numeracy and literacy, emergent technology and alternative programming.

"She also has dedicated significant time beyond the school day to coaching athletics, mentoring student teachers and co-ordinating enrichment activities."

RVC declares state of agricultural disaster amid hot and dry summer
Aug 4, 2021 10:00 AM