RVC to sell land to Cochrane Ag Society for one dollar 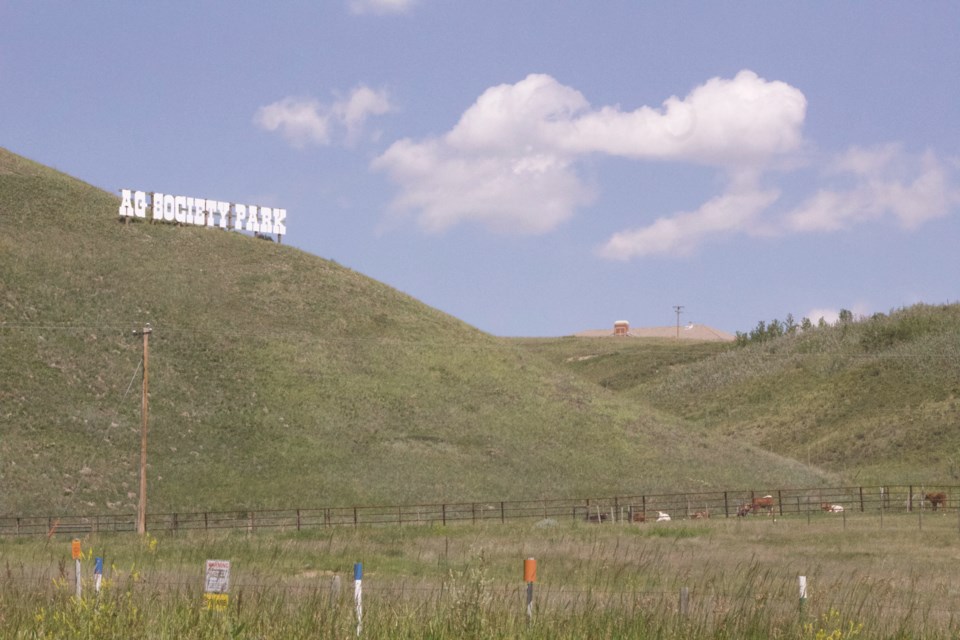 Rocky View County council will negotiate a deal to sell land currently leased to the Cochrane and District Agricultural Society to that organization for one dollar. File Photo/Rocky View Publishing

Rocky View County (RVC) will sell approximately 145 acres of County-owned land within the Town of Cochrane to the Cochrane and District Agricultural Society (CDAS) for one dollar, in an effort to preserve the land for recreation uses.

At its regular meeting Sept. 24, Council directed administration to negotiate the sale of the land with CDAS, including terms to ensure the land continues to be used as green space or recreation land for 20 years and provisions for the County should the land no longer be used in that way during that term. The deal will be subject to council’s final approval.

“This is land that most certainly – even based on this report – has a great deal of value, should we put a ‘For Sale’ sign on it,” said Coun. Kim McKylor. “However, based on feedback from the community…people want it preserved for the ag society – that was very clear.”

The decision followed a response to a Sept. 10 notice of motion made by McKylor directing administration to enter into a sales agreement with CDAS for one dollar, and register a restrictive covenant on the title that would ensure the lands remain as green space and recreation for 20 years.

Kent Robinson, executive director of Corporate Services, presented a subtly different motion for council, which would examine all measures to achieve this desired result.

Robinson told council the County acquired the lands in 1999 through a land swap with the province, and the following year, entered into a lease agreement with the Cochrane and District Agricultural Society, which expires in 2025.

In 2018, Robinson said, an advisory committee was created by the County with the Town of Cochrane to determine the future of the land. Although the committee met in late 2018 and early 2019, no council-endorsed direction resulted.

The lands were most recently appraised in June, with an estimated net value of $5.9 million.

Not everyone on council was initially in favour of the motion. Reeve Greg Boehlke asked if there was any consideration given to a long-term lease for CDAS, rather than selling the land. Such an approach would provide stability for the ag society, he argued, without sending the wrong message.

“We have other neighbours watching this to see what the County’s going to do, and I’m a little bit nervous,” he said. “I know that most of the situations that we’re dealing with County-owned land are apple and oranges; it’s different. But it’d still be painted as, ‘They gave one piece of land away for a dollar, and they want market value for another.’”

Coun. Samanntha Wright concurred, saying council would be “remiss if we didn’t charge something,” and argued the motion sent the message RVC was willing to give away expensive land for next to nothing.

Coun. Kevin Hanson, meanwhile, said he was concerned about CDAS’ ability to steward the land.

“I think it would be a dereliction of public green space to potentially saddle an organization with unknown financial history, at this point, with something as important as this quite spectacular piece of land,” he said. “I’m not saying it won’t work out, but it certainly would be nice to reduce the risk associated with it.”

McKylor said a long-term lease was worth considering, but council nevertheless faced the challenge that the land sat in the middle of Cochrane.

“The long-term viability for equestrian use on a piece of property inside of a growing, urban municipality is negligible,” she said.

Coun. Crystal Kissel moved administration explore a 50-year lease for CDAS, with an option for the society to exit the agreement if necessary. The motion failed 4-5, with Kissel, Hanson, Boehlke and Wright voting in favour.

“It seems like we’re going around in circles here,” Deputy Reeve Al Schule said. “We’ve already had a committee to discuss many of these options, and I’m not ready to go back…. I think we need to get this thing resolved and settled.”

Council then voted on McKylor’s motion directing administration to negotiate the sale. In a recorded vote – requested by Wright – council carried the motion 6-3, with Hanson, Kissel and Wright opposed.