Residents living in bear country may want to avail themselves of an upcoming bear safety workshop hosted by Rocky View County (RVC) at the Springbank Heritage Club May 1 from 6 to 8 p.m.
0
Apr 23, 2019 12:01 AM By: Ben Sherick 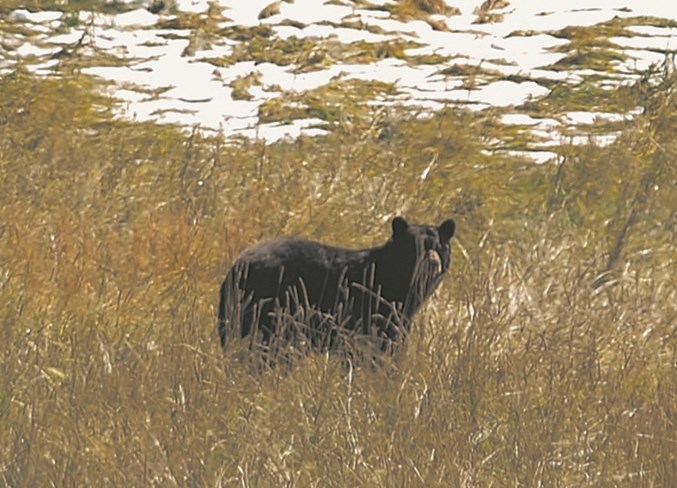 An upcoming workshop will inform Rocky View County residents on how to limit encounters with bears.

Residents living in bear country may want to avail themselves of an upcoming bear safety workshop hosted by Rocky View County (RVC) at the Springbank Heritage Club May 1 from 6 to 8 p.m.

"The main focus is to bring awareness to the large carnivores that may be living within the area, and some of the mitigation techniques or options people have for trying to ensure they're not having conflict with bears," Honeyman said.

The workshop will be particularly informative to residents of RVC's western area, but Honeyman said anyone interested in bears is welcome to attend.

Humans are moving west from Calgary into bear country while large carnivores are increasingly moving eastwards, stated Honeyman, "so we've kind of got this perfect storm of people and wildlife interacting more and more, as we move into their turf and they move a little bit into our turf." He added people moving from the cities usually have little knowledge of how to share the land with bears and other large carnivores residing in their natural habitat, making these types of workshops highly needed and highly sought-out.

"It's, number one, just trying to let people know these animals are around and there's certain things they can do to discourage them from showing up on their properties," he said.

The main strategy, Honeyman said, is limiting attractants – potential food sources for bears and other large carnivores. This is as simple as securing garbage in a locked storage area or bear-proof container, clearing fruit away from trees and erecting electric fences around livestock, gardens or beehives.

Honeyman will also outline how to avoid encounters while working on the land or hiking, and what to do if you do come face-to-face with a bear, such as keeping dogs on a leash, staying in groups – if possible – making lots of noise and effectively using bear spray.

He added he'll lead an outdoor bear spray demonstration, and participants should come dressed for the weather.

According to Honeyman, misconceptions about bears are widespread. While he notes bears are large, potentially dangerous carnivores that should be dealt with cautiously, they aren't the bloodthirsty killers many perceive them as.

"If you're reading something about bears, it's often about a bear attack, and that's really the only information [people] get," he said. "We're just trying to balance the field a bit and explain that, generally speaking, these animals aren't out to get you - their just making a living. But once they start coming onto your property, then they start seeing your property as a potential food source and that's when things start getting a little weird."

Learning to share the land with the animals that use it as natural habitat is vital, Honeyman said, especially since grizzly bears are a threatened species.

"We're trying to increase the tolerance levels of people living with large carnivores, but we recognize that tolerance is not going to happen if people continually have issues with large carnivores causing property damage or public safety issues," he said. "We've got to figure out a way to reduce the levels of conflict on peoples' properties. The way to do that is to, essentially, try to manage the food source properly."

The upcoming workshop is limited to 50 spots, and residents can register online at rockyview.ca or by calling 403-230-1401.

Honeyman added more information about living with bears is also available at alberta.ca/alberta-bearsmart.aspx