Rocky View County (RVC) is in need of more volunteer firefighters for its stations in Madden and Irricana, according to RVC Fire Chief Randy Smith. “We want to keep our membership in these stations up to around 20 volunteers,” he said.
0
Apr 9, 2019 12:01 AM By: Scott Strasser 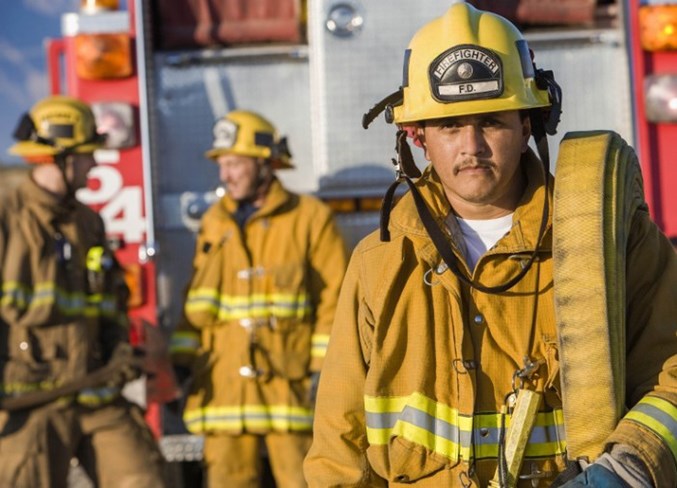 Rocky View County wants to recruit another eight volunteer firefighters each for its stations in Irricana and Madden, according to RVC Fire Chief Randy Smith.

Rocky View County (RVC) is in need of more volunteer firefighters for its stations in Madden and Irricana, according to RVC Fire Chief Randy Smith.

“We want to keep our membership in these stations up to around 20 volunteers,” he said. “That’s what we try to have so that we can cover when people are away from the community – [to ensure] there’s always someone there to respond.”

The Irricana and Madden stations currently have around a dozen firefighters on hand, Smith said, and are looking to recruit eight more each.

According to Smith, recruitment in rural areas is an ongoing issue.

“People like to move out to the smaller communities, but the employment opportunities are in the larger centres,” he said. “During the day, we do find it a challenge to make sure we have people available to respond.

“If you’re having a heart attack or your house is on fire, we want to be able to get people to your door.”

Another possible reason for recruitment difficulties is a misconception that volunteer firefighters in RVC are not paid, he said. Volunteers earn between $20 and $24 an hour, paid on a per-call basis, according to Smith, and they also receive payment for training.

“Any time our members are responding to the station or they’re engaged in training, they’re actually being paid,” he said.

In order to become a firefighter, Smith said, applicants must be at least 18 years old, have a valid driver’s license and a clean driving abstract. Applicants should also be reasonably fit, he added.

“But once people apply and they come through the screening process, there’s no exam,” he said. “We then start with those people who are accepted, and they go into recruit training.”

Once recruit training is complete, Smith said, volunteers become base-level firefighters. At this level, he noted, volunteers are not allowed to fight fires right away, but they still attend calls and assist in a supportive role.

“They learn how the fire service works – the ins and outs of being on scene and supporting the more seasoned and trained firefighters,” he said. “You might be out on the highway directing traffic or [having] another support role.”

As the months pass, Smith said, base firefighters progress to what is referred to as Level 1. At this point, he said, they have been with the station for several months – or a few years, if they are more casual members ­– and can go into a fire-fighting situation with a more experienced firefighter.

“You can be more involved with vehicle rescue, and you’ve been trained to provide medical care under our medical-first-responder program,” he said.

Madden and Irricana are relatively quiet stations within the County, according to Smith, each experiencing between 100 to 200 calls a year. He said the expectation for volunteers is to attend at least a quarter of those calls, as well as 65 per cent of weekly training sessions.

Being a volunteer firefighter is not just a way to give back to the community, Smith said, but an opportunity to gain work experience and develop transferable skills.

“RVC is very progressive in terms of providing training – not just for fire, but for rescue and for first aid,” he said.

“You’re going to learn not only the response part of being a fire services person, but you’re going to get the leadership and teamwork skills. It’s a great resumé-builder for younger people to be able to access this training and experience.”

“People have to understand that if nobody steps up to volunteer, who is going to be there when the alarm goes?” he said. “Our big fear is that, someday, we’re going to have a big fire and the alarm will go, but everybody is out of town and there’s nobody there to respond.”

For more information on becoming a paid-per-call firefighter, visit bit.ly/2YQRGpO