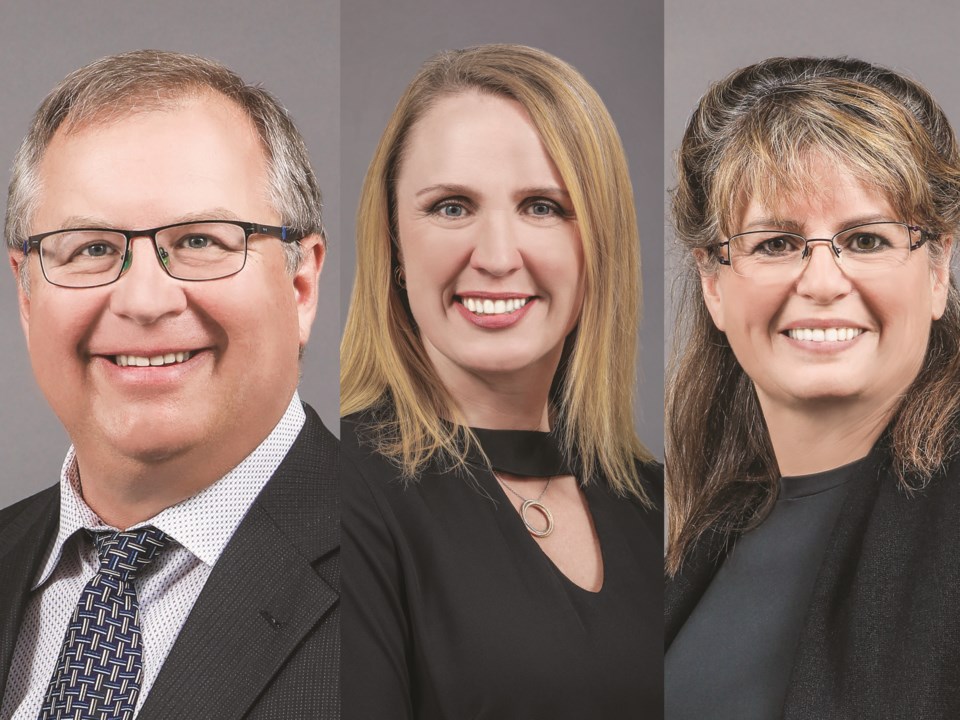 Residents of Rocky View County had mixed reactions to the sanctioning of Councillors Kevin Hanson, Samanntha Wright and Crystal Kissel, with some calling “overzealous” and others finding the sanctions appropriate. File Photo/Rocky View Publishing

Rocky View County (RVC) council’s June 11 decision to censure and sanction Couns. Crystal Kissel, Samanntha Wright and Kevin Hanson has been met with mixed reactions by residents, with some calling the move undemocratic and others viewing it as a fair enforcement of a council bylaw.

“The recent sanctioning of three council members, including the councillor that represents our Division, has demonstrated conclusively to myself and many voters in RVC that we are not receiving from the RVC council the democratic representation that we have a legal right to receive,” wrote Bearspaw resident Larry Bantle in an email to Minister of Municipal Affairs Kaycee Madu.

The decision was based on an in-camera discussion where a council majority determined the three members had disclosed confidential information without the authorization of council, and penned a Letter to the Editor of the Rocky View Weekly using language that was deemed to be “without courtesy and respect”. Kissel was separately censured for derogatory comments she made about CAO Al Hoggan in a voicemail to Deputy Reeve Al Schule.

In a press release issued June 20, RVC clarified the councillors were specifically censured for sharing a Council legal opinion that was clearly marked as privileged and confidential with a lawyer who was not affiliated with the County, and for “deliberately and purposefully” using a disrespectful tone in a Letter to the Editor of the Rocky View Weekly.

“Censuring and sanction actions are never taken lightly,” the press release read. “Council views them as a last resort in ongoing efforts to re-establish appropriate relationships among all councillors.”

The imposed sanctions include removing the three councillors from all County committees and boards, reducing their remuneration by 30 per cent, restricting them from representing the municipality outside of RVC and limiting their contact with County staff to “appropriate councillor-administration communication” at council meetings.

Under council’s Code of Conduct bylaw, sanctions may not prevent a councillor from fulfilling their legislated duties and, according to the press release, “council has taken special care to ensure that the sanctioned councillors can continue to fully participate in council meetings and effectively represent the people of RVC.”.

However, some residents – like Bantle – feel the cumulative effect of the imposed sanctions do just that. Bantle said he was particularly concerned that the three councillors were removed from municipal committees and would not be able to represent their constituents at those meetings.

“In effect, removing them from the committees, as far as I’m concerned…affects my rights as a voter and a taxpayer in the County,” he said.

Bantle added he was so troubled by the sanctions, he emailed Madu to request “urgent attention to intervene in the operation of the council and council leadership at RVC.” While Bantle has yet to receive a response, he said he plans to persist in bringing the matter to the province’s attention.

An anonymous letter received by the Rocky View Weekly echoed Bantle’s concerns, with the writer calling the sanctions “overzealous.”

“In my mind, six members made motions that strip the three of their ability to effectively represent the residents who elected them in the last municipal election,” the letter read.

Additionally, 65 of 80 respondents to a poll on AirdrieToday.com said they did not agree with council’s decision to impose the sanctions, as of June 21.

But according to former councillor and Bearspaw resident Eric Lowther, the sanctions are simply the enforcement of rules that all of council agreed to.

“When six of nine (very independently-minded) councillors reviewed recent facts in detail, likely with legal advice, and decided to address the glaring breach of the Code of Conduct by Wright, Hanson and Kissel, they did what they are required to do and enforced the rules,” he wrote in a submission to this paper. “These rules apply to all the councillors. It is not the ‘tyranny of the majority on the minority,’ as Hanson complained in the media.”

Lowther concluded his letter by expressing a hope the three councillors will “admit their mistake, apologize, accept the consequences of their actions and move on to the hard work of representing the diverse interests of RVC residents.” He declined to comment further.

Division 5 resident Taylor Waters echoed Lowther's sentiments, writing, "finally, the three disgruntled RVC councillors have crossed the line and have appropriately been sanctioned for their actions. This decision was long overdue in both my opinion and that of most of my neighbors."

At least one resident felt the sanctions were not severe enough. Bearspaw resident Laura Toews, writing to the Rocky View Weekly, said she believed the three councillors should resign, saying, "It distresses me to no end to see this [conduct] at the municipal level."

Reeve Greg Boehlke did not responde to a request for comment.