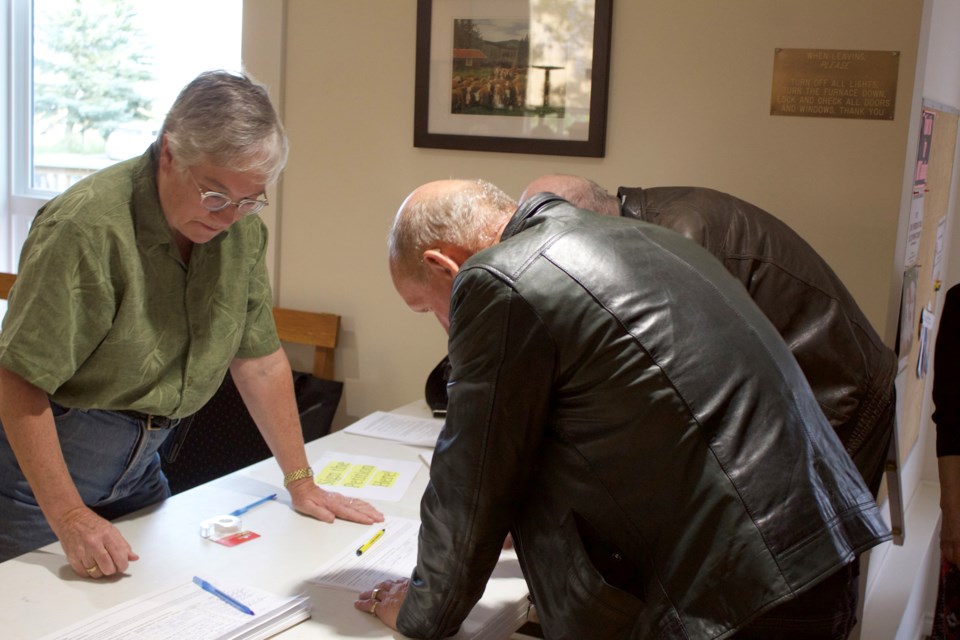 A group of Rocky View County (RVC) residents have started a petition for an inspection of County governance by the Minister of Municipal Affairs (MA).

According to organizer Janet Ballantyne, the wording of the petition was specific enough to include the recent sanctioning of Couns. Kevin Hanson, Samanntha Wright and Crystal Kissel, but broad enough that an inspection would examine other matters relating to the County’s operations.

“At some level, the sanctions are really, in my mind, the last straw – the proverbial straw that broke the camel’s back,” Ballantyne said. “Things have not been great in RVC, in terms of decision-making from residents’ perspective, for a long time.”

She said, sanctions aside, she feels council often does not follow its own policies and procedures or listen to its residents, compounded by what she perceives as poor advice by RVC administration. Examples, she said, include the recent repeal of the Firearms Bylaw, the awarding of an Internet servicing strategy contract, and the low level of public engagement approved for an electoral boundary and governance review.

The content of the petition was checked with a lawyer, according to Ballantyne, and was also compared to successful petitions by other municipalities.

According to Ballantyne, the petition requests the Minister to undertake an inspection “of the management, administration and operation” of the County, including the decision making practices and conduct of RVC council, the advice of the Chief Administrative Officer and “the extent to which the toxic environment that exists within council and administration is resulting in a failure to consider the welfare and interests of County residents.”

Ballantyne has been collecting signatures during open houses held by the three sanctioned councillors in their respective divisions Sept. 16 to 19, and she acknowledges the high threshold required by MA means there’s lots of work to be done.

According to an MA information handbook available on alberta.ca/municipal-government.aspx, a petition for an inspection requires, at minimum, signatures for at least 20 per cent of the population, and all signatories must be electors – defined as “a person who is eligible to vote in an election.”

“As a witness, you must be present and see the person sign the petition document,” the information handout stated.

MA also indicates “petitioners cannot sign the petition more than 60 days before the petition is filed.” According to Ballantyne, that means the petition must be filed by Nov. 15.

In order to meet the requirements, Ballantyne said, approximately 8,000 people must sign the petition. As of Sept. 19, she estimated between 200 to 300 people had already signed, but added a complete count hadn’t been done.

Ballantyne is also looking for people willing to volunteer to collect and witness signatures, she said.

“Eight thousand people is a big group, there’s no question, but I really do believe we can succeed at getting there,” Ballantyne said. “There’s enough people who really are very fed up at this point.”

More information about the petition can be found at rockyviewsos.com. According to the site, anyone wanting to sign the petition can make arrangements to do so by emailing stopoursanctions@gmail.com