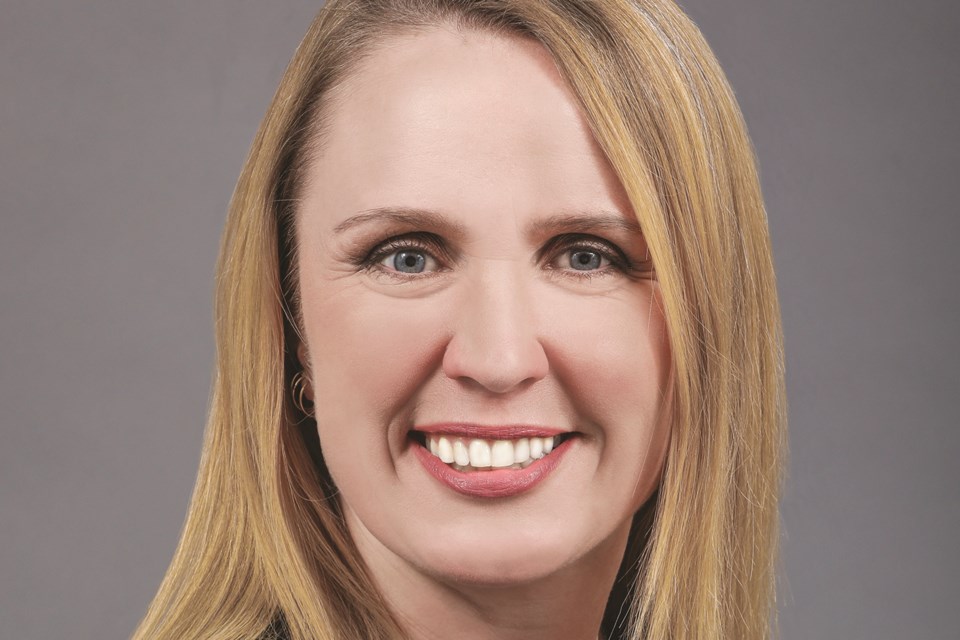 Rocky View County council has voted to seek a court order for Coun. Samanntha Wright's disqualification after a legal opinion found she voted on two applications in which she had a pecuniary interest in 2019. File Photo/Rocky View Weekly

Rocky View County (RVC) council is seeking a court order to have one of its own elected members disqualified.

During the regular meeting Jan. 14, council voted 6-3 to seek the disqualification of Coun. Samanntha Wright from council following a legal opinion that she violated pecuniary interest rules set forth in the Municipal Government Act (MGA) by voting on planning applications for land immediately adjacent to her property.

“A County legal opinion and a Municipal Affairs (MA) Interpretation Bulletin clearly indicate such adjacency is a pecuniary interest, meaning Wright should have recused herself form discussions and decisions on the matter,” an RVC press release stated.

During a council meeting Jan. 8, 2019, Wright took part in a public hearing, council discussions and vote on a conceptual scheme and land use redesignation for the Bearspaw Heights development. At the time, the applicant raised concerns about a possible pecuniary interest and requested Wright’s recusal. After CAO Al Hoggan pointed out pecuniary interests are “the sole purview of the councillor to determine,” Wright insisted she did not “have any pecuniary interest in this…I don’t stand to make money off [this] property being developed.”

At the time, and again following the Jan. 14 decision, Wright said she sought advice from MA on how best to proceed. Based on phone calls with the ministry, she felt she could participate in the deliberation.

“MA is interesting because MA will speak in generalities and they’ll give you some guidance, but if you ever want 100 per cent guidance, they’ll always tell you to speak to a lawyer,” she said. “I’d spoken in general with them on the matter, and I said, ‘Does virtue of being a neighbour imply pecuniary [interest]?’ and the answer’s no.”

Wright said she was also advised that if she recused herself on a matter that turned out to not be a pecuniary interest, she may open herself up to challenges from the community for failing to fulfill her duties as a councillor. She did not seek a formal legal opinion, she added.

The 2002 MA Interpretation Bulletin ­referenced by the press release includes an example similar to the situation Wright faced. The example describes a situation where a councillor owned a parcel adjacent to property owned by another landowner who wished to subdivide and develop his parcel. In the example, the proposed development was deemed “contrary to existing planning bylaw criteria and the bylaws require amending to allow the proposal.”

In this case, according to the bulletin, the councillor does have a pecuniary interest, as “the value of the land owned by the councillor…may be affected either positively or negatively by the adjacent subdivision and development. Accordingly, he may be financially affected and should declare his interest and abstain from voting. The pecuniary interest need not be certain. A potential interest is sufficient.”

However, Wright believes the application was a matter of common interest and that she acted in the best interest of the community, insisting she didn’t do anything wrong.

“I maintain there is no pecuniary interest there, and I know my lawyers have gone though and found all sorts of case law that proves the contrary,” she said.

When the development returned to council Sept. 24, 2019 for subdivision, Wright again participated in the deliberation and vote.

According to Reeve Greg Boehlke, council received a package from the applicant between the two decisions outlining Wright’s pecuniary interest. No action was requested, he said, and nothing was done at the time. However, the matter was revisited in November 2019 after the topic of pecuniary interests came up at a conference, prompting the reeve to seek a legal opinion. He said the resulting opinion indicated there was a pecuniary interest.

“We felt, as a council, we had to act,” Boehlke said. “We didn’t have to – we could have just left it alone and basically said, you know, I guess the rules don’t apply here or we’re not going to enforce the rules that we all live by. The majority of council made a decision and asked us to have a meeting with Coun. Wright and present the findings.”

Under the MGA, contravention of that section is one of the reasons a councillor may be disqualified. According to section 175 of the act, “a councillor that is disqualified must resign immediately.” If they don’t, a council may apply to the Court of Queen’s Bench for an order to have the councillor disqualified.

Boehlke and Wright confirmed they, along with Deputy Reeve Al Schule, met Jan. 6, where she was offered seven days to resign, citing whatever reason she wanted, or else a resolution of council would be sought to apply to the court. Wright did not resign, leading to the Jan. 14 motion.

“Frankly, this is something that I personally, and I don’t think council, at all wanted,” Boehlke said. “To just keep going on this – this is getting so old. Here we are in 2020, and I was really hoping that we would start the new year and pick up on all of the good things that council has done, rather than have to go back and rehash and visit this stuff that is so disruptive.”

After the motion was made, Wright again insisted she did not have a pecuniary interest, and read parts of a letter from her lawyer to council.

“My position is what it always has been, and I did my due diligence,” she said. “I do not have a pecuniary interest in the matter, any more than a councillor would have for putting a fire hall within a kilometre of his home.”

Wright’s lawyers argued she acted in accordance with her duties as a councillor, and that council’s motion “provides no evidence for this assertion that Wright has a pecuniary interest in either of the applications, but rather it appears to assume that because Wright owns land bordering the neighbouring land, she automatically has a pecuniary interest in the applications. If there are any further grounds in support of this proposed council motion, they have not been provided to our client.”

Further, they questioned the timing of the motion, writing, “it’s difficult to view this proposed council motion as anything other than a strategic effort to discredit our client and bring pressure upon her before the judicial review hearing scheduled Jan. 22, particularly given the way in which [Boehlke] and [Schule] are trying to jam this through council.”

Boehlke dismissed the assertion, saying he didn’t believe the matter would have any impact on the upcoming court hearing.

According to the press release, there is no time frame for when the Court will provide its ruling, and Wright will continue to serve as a councillor until a ruling is delivered.

She intends to “vigorously defend any court application which is brought against her and will be seeking costs against RVC in defending said application,” according to the letter. Wright also said she feels the entire thing is “a bit of a witch hunt”

If Wright is removed from office, the press release stated, council will discuss the possibility of holding a byelection for a new councillor to serve for the remainder of the council term. Wright would be ineligible to run in the byelection but could run for office during the municipal election in October 2021.

The MGA does include a provision for appeal, in the case of disqualification. During that process, Wright would remain disqualified until the determination of the appeal.

According to Grant Kaiser, RVC’s executive director of Community & Business Connections, a councillor from the Bragg Creek area – Wayne Fullerton – was disqualified from office roughly 25 years ago for voting on land matters he had a pecuniary interest in, although he could not provide further information before press time as it would require a manual paper search of off-site records.