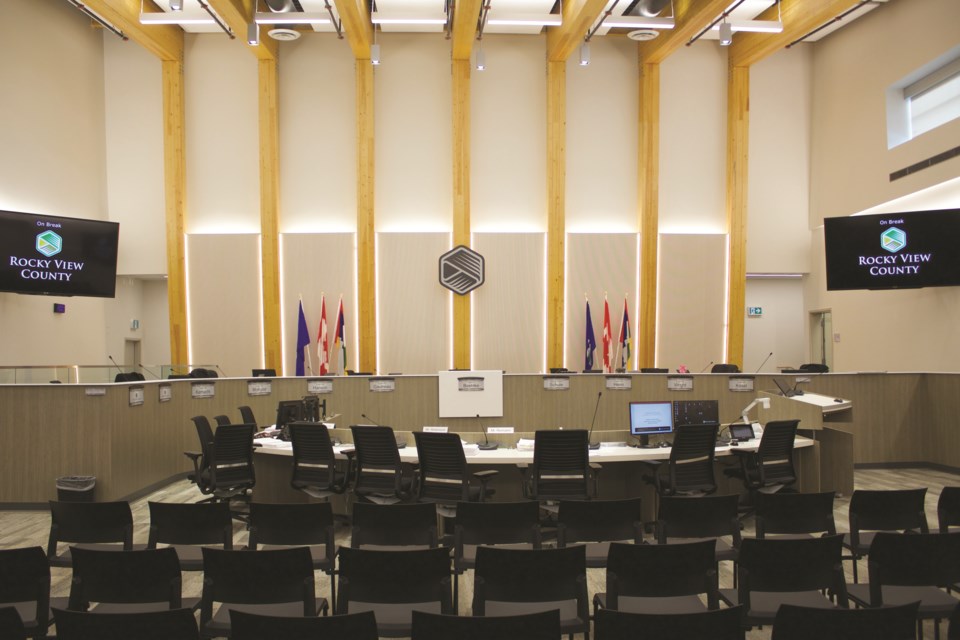 Council's Municipal Planning Commission bylaw has been amended to change quorum requirements after a Feb. 10 meeting could not proceed. Photo by Ben Sherick/Rocky View Weekly

According to RVC Municipal Clerk Charlotte Satink, quorum under the bylaw was originally a simple majority of members.

“This means that if membership is eight members – which it currently is – that quorum is five,” Satink said. “With sanctions imposed on Couns. [Samanntha] Wright, [Crystal] Kissel and [Kevin] Hanson, only five members are eligible to sit on the MPC until the organizational meeting in October.”

The commission was scheduled to meet Feb. 10, Satink said, but was unable to proceed because quorum was not met.

The amendment adopted by council reduces the members required to meet a quorum to three. Kissel, Wright and Hanson opposed first and second reading of the amendment, which was carried 6-3.

“It was council’s decision to have us not sit on this, and I think council needs to show up rather than go down to three members,” Kissel said. “For every application that comes to MPC, they deserve the same amount of attention that goes to council. I do not think that three members is giving anyone a fair go here.”

Despite voting differently, Reeve Greg Boehlke concurred with his colleague.

“I would support Kissel’s statement that councillors should try to make every meeting,” he said.

Kissel was the sole vote against considering the bylaw amendment for third reading – which must be granted unanimously – delaying an outcome to the next council meeting.