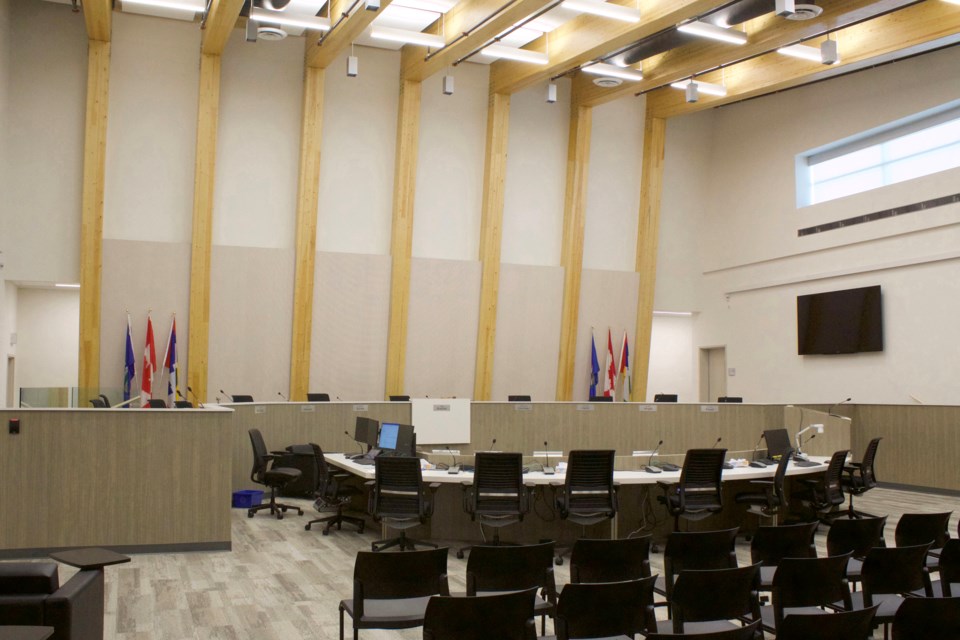 Following a confidential in-camera discussion during a regular meeting June 11, council voted to censure and sanction the three councillors for breaches of Council's Code of Conduct bylaw, which was unanimously approved by council June 26, 2018. The press release now provides more insights into the breaches.

"The original intent of Council was to give the censured and sanctioned councillors a fairly low-key rebuke, with the hopes that issues could be quickly resolved and council could move forward with the important work of the municipality," the press release read. "However, with special interest groups taking out advertisements in an attempt to politicize the matter, and the sanctioned councillors publicly speaking on the matter, the majority of council felt the need to provide more specific details."

The first breach, per the release, involved the trio sharing a council legal opinion that was "clearly marked privileged and confidential" with a lawyer who was not affiliated with the County. In moving to censure the councillors, council cited section 29(a) of the bylaw, which states councillors must not disclose confidential information to any member of the public without the authorization of council.

More serious, according to the press release, was the publishing of a Notice of Motion by the Hanson, Kissel and Wright in the agenda for council's April 30 meeting that included comments referring to the confidential legal opinion, which was removed from the agenda "in an attempt to protect what was left of the confidentiality of a legal opinion."

"Some claims have been made that sanctions were aimed at preventing councillors from seeking legal advice, but council stresses that is not the case and is not the basis for the censure and sanction actions," the press release read. "A councillor can seek legal advice, but they cannot share the County's own legal advice with others without the consent of council. Legal confidentiality is essential in order for council to be able to have full and frank discussions on complex issues, with the goal of choosing the very best path forward for the municipality and county residents."

The second breach involved the tone of the councillors in an unspecified Letter to the Editor of the Rocky View Weekly. In censuring and sanctioning Wright, Hanson and Kissel, council cited two sections of the Code of Conduct regarding respectful interaction, which state councillors “shall act in a manner that demonstrates fairness, respect for individual differences and opinions, and an intention to work together,” and that councillors must treat each other and RVC employees with “courtesy, dignity and respect.”

"Council stresses that the issue was not about what was said by the three councillors, but rather how it was said," read the press release, adding, "Councillors can disagree, but a functioning council is one that disagrees in a respectful and professional manner." According to the press release, the language used in the letter was found to be "disrespectful and discourteous."

Council has no problem, according to the release, with councillors writing letters to the editor or expressing their opinion on council decisions and directions, "but it is a breach of the Code of Conduct to deliberately and purposely disrespect council, other councillors or staff in these communications."

The imposed sanctions include removing the three councillors from all County committees and boards, reducing their remuneration by 30 per cent, restricting them from representing the municipality outside of RVC and limiting their contact with County staff to “appropriate councillor-administration communication” at council meetings. Under council’s Code of Conduct bylaw, sanctions may not prevent a councillor from fulfilling their legislated duties and according to the press release, “council has taken special care to ensure that the sanctioned councillors can continue to fully participate in council meetings and effectively represent the people of RVC.”

The press release stressed the decision was not taken lightly, and council viewed the censure and sanctioning as "a last resort in ongoing efforts to re-establish appropriate relationships among all councillors."

"Council hopes Couns. Hanson, Wright and Kissel will comply with the sanctions and work towards restoring their relationships with the rest of council," the press release said. "In remediating the concerns raised, council has requested direct letters of apology on some matters, and public letters of apology on others, from the three councillors."