Youngsters will have the chance to design and build robots while dipping their toes into the fields of Science, Technology, Engineering, Arts and Mathematics (STEAM) at a series of upcoming workshops hosted by the Cochrane Lioness Club in partnership
0
Feb 12, 2019 12:01 AM By: Ben Sherick 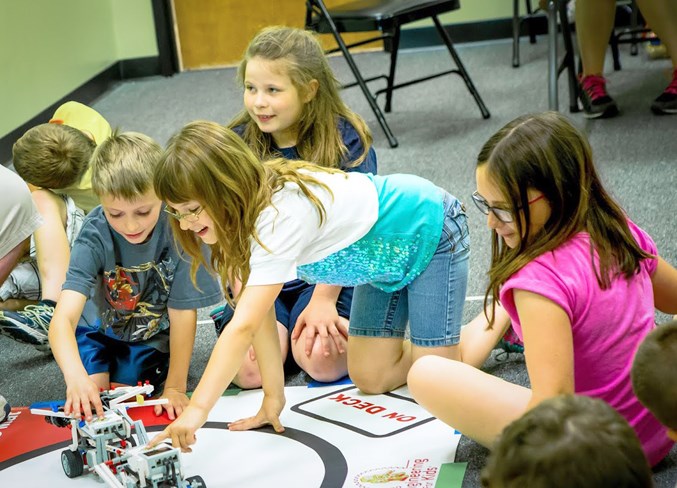 Engineering for Kids of Calgary workshops, like the ones taking place in Cochrane Feb. 24, offer children an introduction to STEAM fields by letting them design and build a robot.

Youngsters will have the chance to design and build robots while dipping their toes into the fields of Science, Technology, Engineering, Arts and Mathematics (STEAM) at a series of upcoming workshops hosted by the Cochrane Lioness Club in partnership with Engineering for Kids of Calgary.

According to Cochrane Lioness Club member Kathryn Gibbesch, what began as two workshops was quickly expanded due to overwhelming demand.

“When we first started this…we were only offering one four- to six-[year-old] class and one seven- to 12-[year-old] class, but it got so much interest and it just took off,” she said. “We contacted [Engineering for Kids of Calgary] and said, ‘Could we potentially add more classes?’”

The workshops – taking place Feb. 24 at the Lions Event Centre in Cochrane – will give kids an opportunity to create a simple circuit to power a drawing robot designed by the child, Gibbesch said. Kids will gain an understanding of how to direct the robot and the importance of switches in electrical design, while being introduced to the STEAM fields.

According to Gibbesch, Engineering for Kids of Calgary is a rare organization that runs programs for younger children – most STEAM workshops are geared towards high school students. The workshops are divided into two age groups – four- to six-year-olds will have a one-hour session to work on their creations, while seven- to 12-year-olds will benefit from a two-hour session.

The workshops will provide an environment where children can indulge their creativity and engage in tactile skills with the help of experts and tools to help answer questions.

“Personally, I’m a mom of three,” Gibbesch said. “My kids are always wanting to take things apart and figure out how they’re working. Instead of having them destroy everything we own, this is a great way for them to be able to be inquisitive.”

Two workshops will be available for each age group , with a capacity of 20 kids each. The sessions are already fully booked – Gibbesch said a waiting list has already been created for those who haven’t secured a spot. The club hopes to offer more workshops in the future, but so far there are no concrete plans. If the club is able to partner with Engineering for Kids of Calgary again, Gibbesch said, those on the waitlist will be contacted to give them the first chance at a spot.