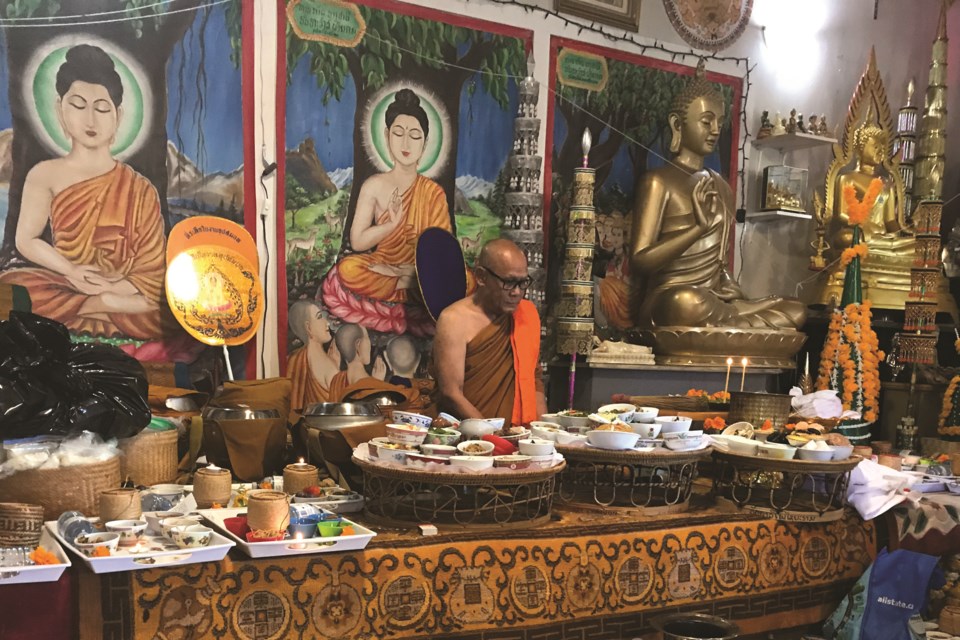 During a regular meeting Sept. 24, council approved applications and accompanying Master Site Development Plans (MSDP) for an existing Buddhist temple and a new church. Deputy Reeve Al Schule, the area councillor, said the houses of worship were a welcome addition to Division 4, and would benefit the region.

"All religious groups are welcome in all areas," he said. "I think religion is very important to society."

Council unanimously approved a redesignation and MSDP for the Calgary Lao Buddhist Society, creating four acres of public services land west of Langdon, south of Highway 560 on the east side of Highway 791.

According to planner Johnson Kwan, no changes are proposed to the existing building on the site, which will be used as a Buddhist temple, and no additional development is anticipated.

Bart Carswell of Carswell Planning – speaking on behalf of the Buddhist society – said two monks will live on the site full time.

A religious ceremony will occur once a month for nine months of the year, Kwan said – generally on a Sunday from 10:30 a.m. to 12:30 p.m. Occasionally, the ceremony will occur on Friday or Saturday. Between 65 and 70 people are expected to attend in the winter, with 100 to 120 attending in the summer, he added.

Council also approved a 27.99-acre redesignation application for St. Mary’s Malankara Orthodox Church. The proposed church and community centre are to be located south of Highway 560 on the east side of Glenmore View Road, west of Langdon.

Carswell, speaking on behalf of the church, said the proposed building is slightly more than 5,000 square feet and would serve a congregation of between 100 to 150 people, or approximately 70 families.

Debra Giberson, a neighbouring resident, was the only person to speak at the public hearing. Giberson said she was opposed to the church, citing concerns about the unpaved road's capacity to accommodate vehicles travelling to the church.

“We feel that it will generate an excessive and an unacceptable increase in traffic on Glenmore View Road, which is now a quiet, dead-end country road,” she said.

Carswell said he’s been working with Alberta Transportation to address traffic concerns and suggested they could be solidified at the development permit stage, leaving open the possibility of improving the road. Simon noted an intersection upgrade would be required at that stage.

Coun. Jerry Gautreau said he would not support the application because of the traffic concerns, and potential impacts to surrounding wetlands.

Schule acknowledged those concerns, adding he’d prefer to see council become the development authority for the church. First reading was carried 6-3 – Gautreau, along with Couns. Samanntha Wright and Kim McKylor, voted against – and then Schule moved to add council as the development authority. That motion was again opposed by Gautreau, McKylor and Wright, and carried 6-3.

Gautreau was the sole vote in opposition to second and third reading, and the application was approved. He, along with McKylor and Wright, also opposed the adoption of the related MSDP, which was granted 6-3.