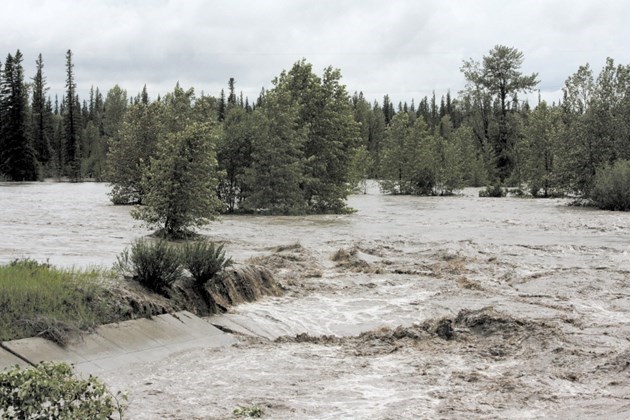 Rocky View County (RVC) is praising the Alberta government for opening the lines of communication after a June 14 update from the province on the Springbank Off- Stream Reservoir project (SR1) – but the County continues to call for a full analysis of potentially superior options, according to an RVC press release.

“I want to sincerely thank Alberta Transportation Minister Ric McIvor and Premier Jason Kenney,” Reeve Greg Boehlke said in the release. “For the first time in this project’s long history, the Government of Alberta actually updated RVC on what was happening before we found out through the media.

“It is astounding that the municipality most impacted by the construction phase of the proposed SR1 project has been shut out of information until now. I am very encouraged that this might represent a new day in our joint efforts to find the very best project for protecting Calgary from future flooding.”

He added, the briefing was essentially a process step and did not change the County’s opposition to the project.

“Our position is that the other flood mitigation options should see the same level of attention, so that we can make the best possible choices,” Boehlke said.

In December 2018, RVC council voted to oppose SR1 until the province conducts a full and comprehensive analysis of all available options for flood mitigation.

“The County strongly supports the need for flood mitigation in the Calgary region, but believes other options to SR1 have not been properly considered,” the release stated.

RVC, according to the release, is calling for four other options to be examined by the before final decisions are made and construction begins. Each of the other options protects Calgary from flooding, according to RVC, and offers additional benefits in cost, drought mitigation, water supply management or protection for more communities.

Alternate projects include initiatives at McLean Creek, Priddis and Tsuut'ina Nation, plus a comprehensive Room for the River approach that, according to RVC, would spread flood mitigation among several projects and approaches throughout the region.

“A RVC report indicates these alternate projects did not undergo a thorough cost-benefit analysis, which skews comparisons to SR1, particularly as the price tag for that option continues to grow,” the release stated.