Rocky View County (RVC) residents will no longer be expected to pay for dog licenses and dog tag replacements. The fees were eliminated as part of council’s approved 2019 Master Rates Bylaw, which was adopted during a regular meeting March 26.
0
Apr 2, 2019 12:01 AM By: Ben Sherick 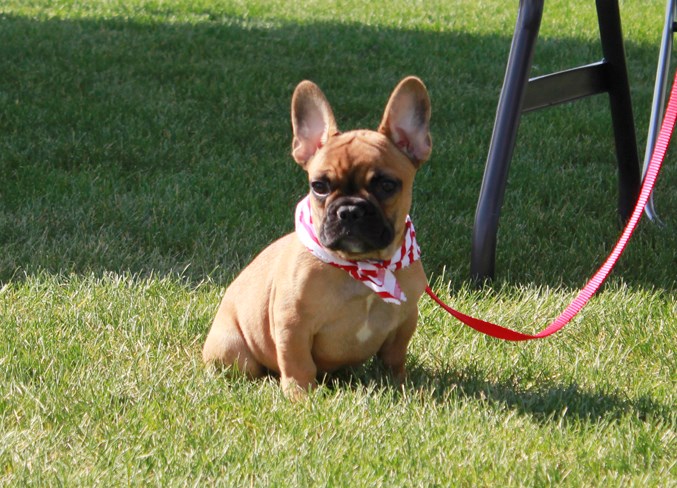 Under the 2019 Master Rates Bylaw, dog owners can license dogs free of charge, effective May 1.

Rocky View County (RVC) residents will no longer be expected to pay for dog licenses and dog tag replacements. The fees were eliminated as part of council’s approved 2019 Master Rates Bylaw, which was adopted during a regular meeting March 26. Pet owners in the County will still be expected to license their dogs annually, and could face a $150 fine for an unlicensed dog. “I really think licensing our animals is a great idea and I’m wondering, due to the really low fees we charge, if there’d be an appetite…to actually waive license fees to encourage our residents to get licenses,” Coun. Daniel Henn said. Kent Robinson, executive director of Corporate Services, suggested waiving the fee was not an unreasonable move – staff had, in fact, previously contemplated doing away with it altogether, he said. Henn’s amendment to the Master Rates Bylaw was adopted 6-2; Coun. Samanntha Wright was absent from the meeting, and Couns. Kevin Hanson and Jerry Gautreau were opposed. Both agreed there are barriers to licensing dogs, but weren’t convinced reducing the fee would address them. “I think what we need to do is have an easier way, that we can just go online, do our licensing, put our credit cards on there [and] get our licenses mailed out,” Gautreau said. “I don’t really think it’s about reducing [the fees].” Council then adopted the amended 2019 Master Rate Bylaw with three unanimous readings. The bylaw is traditionally reviewed and updated annually as part of RVC’s budgeting process, according to Tyler Andreasen, legislative and bylaw co-ordinator. Other changes under the newly-updated bylaw include an increase in water and wastewater fees for some areas of the County. Bragg Creek residents will see an average of $3 added to their monthly charge for water and $7.80 per month for sewer. Langdon residents will see their sewer service rates go up by approximately $1 per month, and east RVC sewer rates will cost an average of $2.40 more per month. The increases, Andreasen said, will help move the County toward full cost recovery. Garbage and recycling rates also increased by $2.40 per month this year, Andreasen added, to account for increased collection and processing costs by the County’s contractor and the fact that the green cart program in the hamlet of Langdon has not reduced the amount of garbage being collected as originally predicted. Jennifer Koole, lead solid waste and recycling advisor, clarified that while the amount of organic materials collected through the green cart has exceeded the County’s original predictions by approximately 40 per cent, the black carts also continue to collect a large amount of waste. “We are capturing more material than expected through both the green carts and the black carts,” she said. RVC will also increase building permit fees for institutional, commercial and industrial construction, while reducing fees for private riding arena building permits. Most cemetery fees are also proposed to increase by three per cent to align with RVC’s Cemetery Master Plan. The new rates will come into effect May 1.