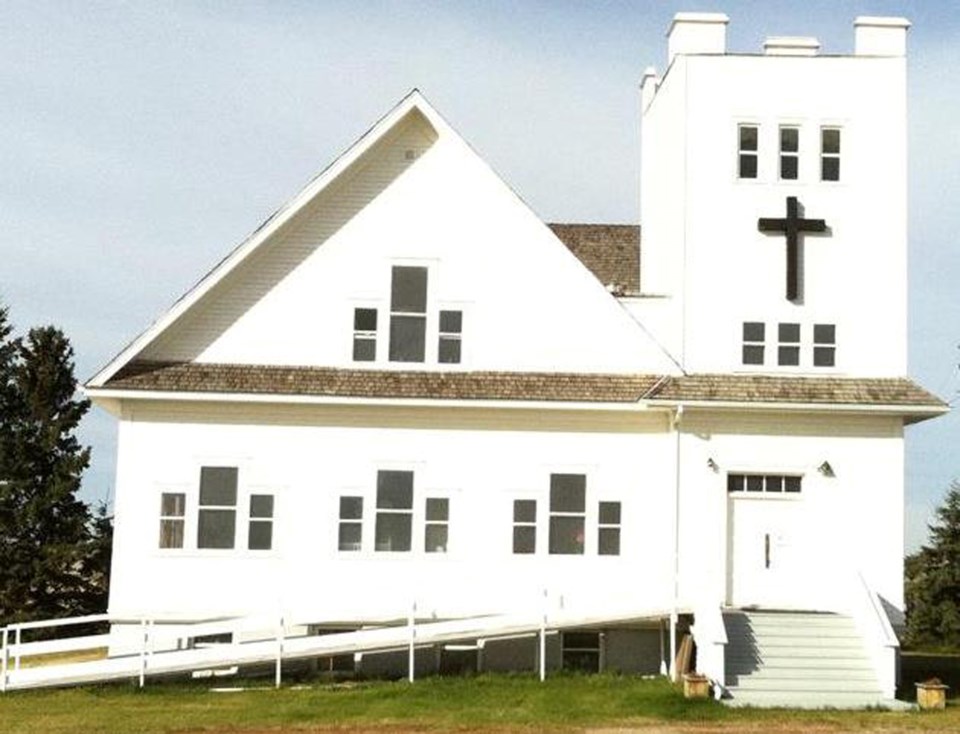 The Irricana United Church is honouring the building’s 100th year as a staple of the community with a celebration June 16.

Built in 1919, the structure has a long and rich history within the town, according to Doug Wray, chairman of the centennial celebration. He said he looks forward to celebrating the church’s past with the rest of Irricana.

Festivities at the church will kick off around 9:30 a.m., he said, and will begin with a re-enactment involving three horse carriages to show how families and the church came to be in its current location. Then, attendees will come together for an interactive service, which will feature music from throughout the past 100 years.

Tents will be set up on site, and Wray said the church will be serving lunch around noon – complete with homemade ice cream. Wagon rides will be available in the afternoon for those who want to participate, he added, along with graveyard tours to find out more about those buried there.

“There are lots of ways for people to connect with what went on in the past,” he said.

The celebration will also include artifacts, photographs and information about the church’s history, Wray said – ensuring people in attendance have plenty of opportunities to learn the story of the facility.

According to the church’s website, members of the Church of the Brethren migrated from North Dakota around 1908 and began to settle in the Irricana area. These families would meet to worship together, according to Wray, but said it wasn’t until 1918 a decision was made to build a church.

The church was originally a Church of the Brethren, he noted, but in 1969, members voted to join the United Church of Canada.

In October 1919, construction of the present building was finished. According to the church’s website, it cost $8,405 and took around 14 months to complete. The church spent the following 15 years paying off the expense.

The historic building is mostly original, save for the loss of its windows in a devastating hailstorm in 2016. In 2011, the church was designated a Provincial Heritage Resource, which means the structure cannot be destroyed, restored or altered in any way without permission from the government. According to the Government of Alberta, the province chooses these buildings based on their significance to Alberta’s past.

To wrap up the centennial celebration, Wray said, attendees are welcome to join members of the church as they travel a few miles to another historic landmark. According to Wray, there are some rocks in nearby coulees where the Brethren regularly held picnics.

Carvings remain from those who attended in the past, he added, and the church still visits the location each year for Easter sunrise services.

“In this community, everybody knows about the rocks,” Wray said. “It's a sandstone rock formation with half-mile stretch of rock scattered along the east bank of the coulees. The church met there for picnics starting back in 1910. It was a community gathering place.”