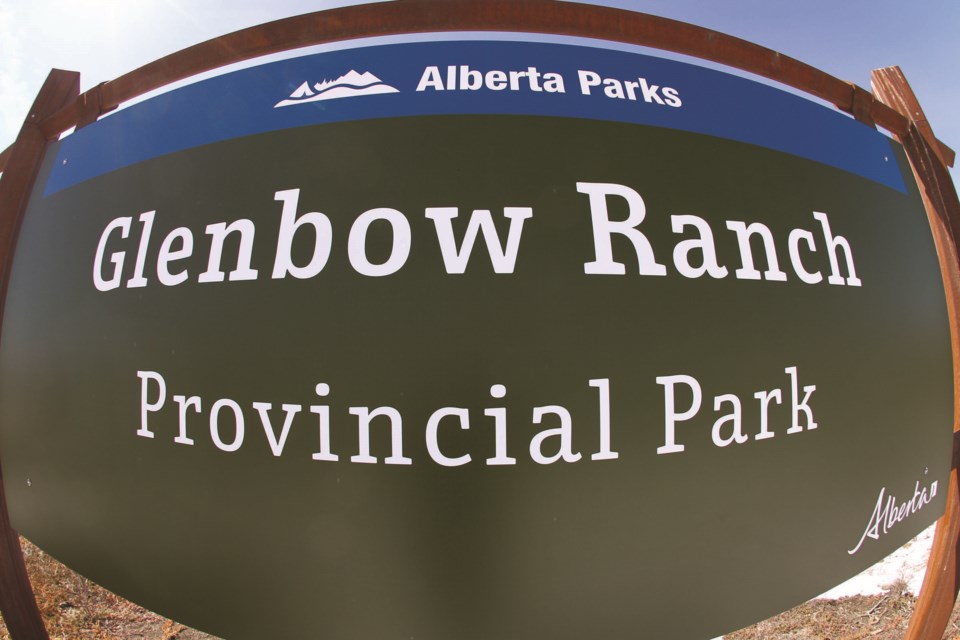 The team at Glenbow Ranch Park Foundation is fundraising on Giving Tuesday in hopes of raising enough money to purchase a side-by-side vehicle to help with operations. File Photo/Rocky View Publishing

“Giving Tuesday is a national movement that encourages people to take a break from holiday shopping and give back to the non-profits that have helped the community,” said Sarah Parker, executive director with GRPF. “This year our foundation is trying to raise at least $5,000 to purchase a new side-by-side for the park.”

Giving Tuesday takes place Dec. 1. Parker said any funds donated on that day would be used by the GRPF team to replace a golf cart that is roughly 10 years old, which they use to get around the park to manage vegetation, transport volunteers, check on bird boxes and complete other tasks.

“We are hoping we can get a more safe and rugged vehicle that will help with all of those tasks,” Parker said. “It would also allow us to set up our school programming and our public programming in the future. It is sorely needed.”

According to Parker, GRPF is responsible for all vegetation management in the park. Biocontrol measures, weeding and targeted herbicide use are ways the team ensures invasive species stay out of the park.

“What makes Glenbow Ranch so unique is that it’s some of the last remaining grasslands in Alberta and they have never been developed,” Parker said. “There is a responsibility to look after that; it is part of our main mission here.”

Parker said the addition of a side-by-side will also allow them to transport materials with more ease, making the vegetation management tasks a little bit easier.

“Our old golf cart has no storage,” she said. “This new purchase will modernize our work here in the park.”

Parker noted the park has seen record visitors in 2020 despite the COVID-19 pandemic. Between April and October, park attendance increased by 157 per cent compared to 2019. In July and August, Parker said the park saw more than 21,000 visitors.

“Our role has always been important, and our goal is to educate the public about these grasslands, along with protecting them,” she said. “The stats show that our role is more important than ever, but we rely solely on donations and grants.”

Fundraising has already started, according to Parker. She said the new purchase would cost between $10,000 to $15,000 in total, and GRPF has already raised $5,000 thanks to a grant from the Bow Rivers Edge Campground Society. In the event they exceed the fundraising goal, Parker said the extra funds would go to programming. As of Nov. 27, GRPF raised $2,950 of its $5,000 goal.

“We are hoping to build on that so we can continue to do the work we are in the park,” she said.

Anyone interested in donating  can visit grpf.ca. Donations are being accepted ahead of Giving Tuesday. Parker said people can also mail a cheque or come to the visitor’s center at the park on Dec. 1 to make a donation in person.