"Education is the foundation for everything. Some people may not know that it is detrimental to wildlife.”
Oct 27, 2020 4:00 PM By: Chelsea Kemp 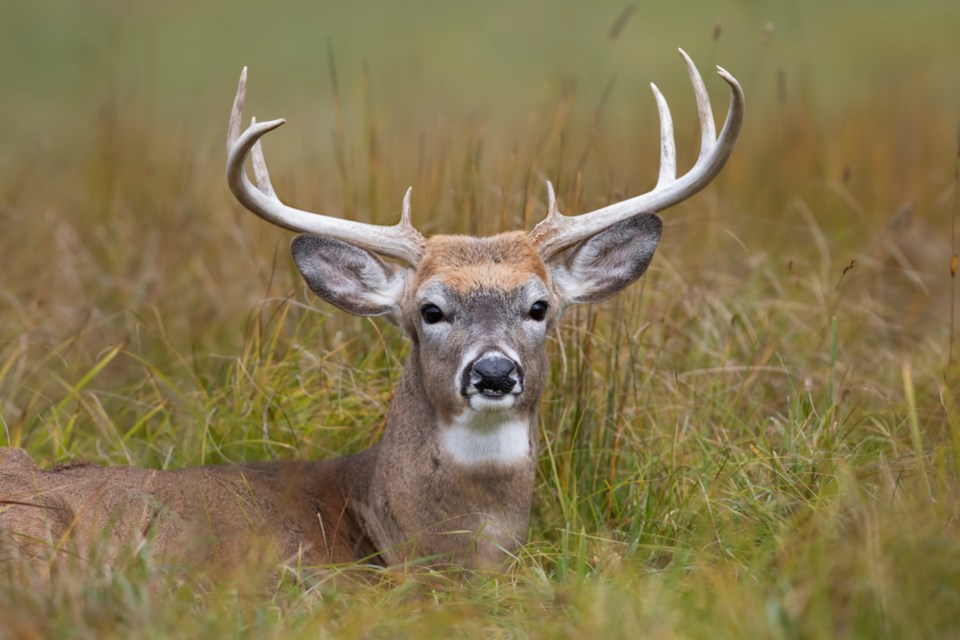 Feeding dear and other wild animals can result in safety issues. Photo: Shutterstock

Placing saltlicks, animal feed or other treats in a back yard can be a tempting way to draw wildlife into the neighbourhood, but in the end, it can lead to trouble.

Fish and Wildlife Officer Matthew Visentin said from his perspective, the Cochrane-Bragg Creek area of the Foothills has always had high populations of wildlife – including ungulates and predators.

“The wildlife life cycle does fluctuate up and down, and it is very dependent on the weather,” Visentin said. “There is a high population of wildlife in this area.”

Visentin said feeding wild animals is not unlawful in Alberta. However, he strongly urges residents to resist doing so because it can become a public safety issue for both humans and wildlife.

“If the feeding of wildlife is creating a very specific public safety hazard, Fish and Wildlife does have the authority to put in orders to stop the person from feeding them,” Visentin said. “Education is number one though. Education is the foundation for everything. Some people may not know that it is detrimental to wildlife.”

Fish and Wildlife often receive complaints of people feeding wildlife, he said, however, no law or regulation is in place prohibiting the feeding of wildlife.

Fish and Wildlife typically handle these situations as an educational opportunity. They will speak with offenders and focus on how feeding wild animals is detrimental to their well-being and can cause a public safety concern for the people feeding them.

“What we see is when wild animals rely on humans for food sources they have the possibility of losing their ability to forage food for themselves,” Visentin said.

He used the example of setting out feed for deer in areas like Bragg Creek. Doing so encourages deer to congregate at a food source. This, in turn, can attract predators that hunt deer such as cougars or wolves, leading to an influx of predator species in urban areas.

Visentin added feeding wild animals in the Bragg Creek and Redwood Meadows area can also run a risk for those travelling on Highway 22.

“If you’re attracting wildlife, there is a possibility that there may be more wildlife crossing highways to get into these residential areas creating a public safety hazard on roadways as well,” Visentin said.

He noted many ungulates, including deer, moose and elk, can also pose a danger to humans depending on the time of the year.

“All though they can seem harmless, they do tend to become aggressive sometimes...especially if they have fawns or claves,” Visentin said.

Mid-October is the start of the breeding season for many ungulates in Alberta and by attracting deer to areas with a high population of people the aggressive behaviour can be seen firsthand creating a further safety hazard, he added.

Visentin noted having ungulates gather in one sport to eat also has the potential of increasing the chances of transmission of disease or illness between animals.

In Alberta, there have been confirmed cases of chronic wasting disease, which include symptoms of drastic weight loss, stumbling, listlessness and other neurologic symptoms,  in ungulates and the disease is transmitted through physical interaction.

“Any time you have multiple, different animals, populations or different species coming into contact to a specific food source. There absolutely can be that possibility of transmission of disease,” Visentin said.

Visentin said Alberta has programs designed to help reduce the conflict between wildlife and humans including the online program Alberta BearSmart and the website alberta.ca/human-wildlife-conflict-overview.aspx  which are dedicated to human-wildlife conflict prevention.

“It has some tips to help keep people safe and keep wildlife safe while living in these areas,” Visentin said.

If you witness someone feeding wildlife, Visentin said, the best course of action is to contact Fish and Wildlife or Report A Poacher at 1-800-642-3800.