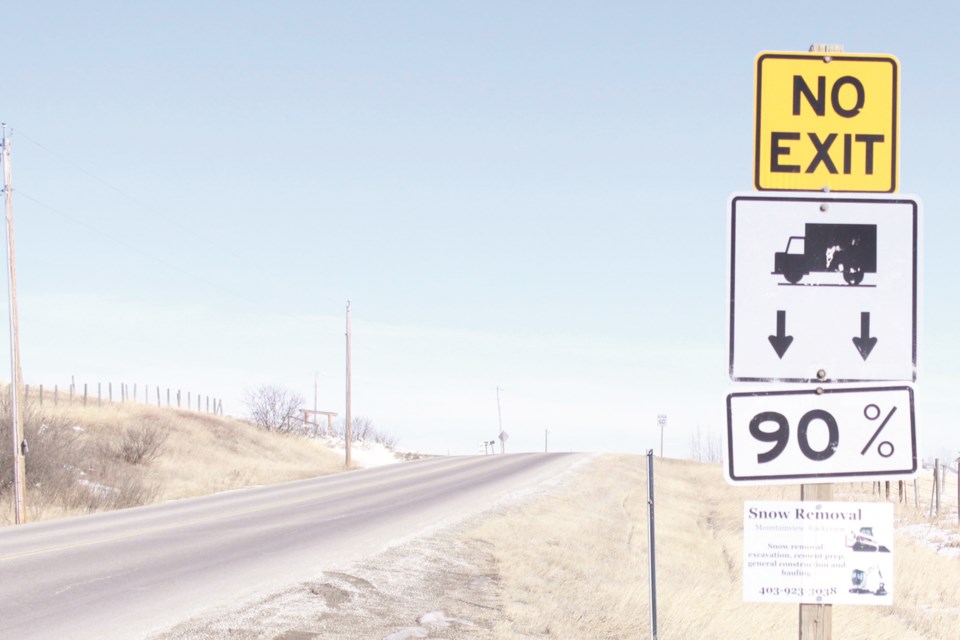 Agricultural producers will be allowed a one-time road ban exemption this spring to help them remove unharvested crops from their fields. Photo by Ben Sherick/Rocky View Weekly

“The 2019 harvest season was shortened significantly due to an early snowfall, which resulted in unharvested crops being left in the fields over winter,” Transportation Services manager Steven Hulsman told council during a regular meeting Feb. 11. “Current County practice of implementing road bans in early March and remaining in effect until June will have a significant effect on those wishing to remove those crops prior to seeding.”

The exemption will allow for the hauling of grain, oilseeds and straw from unharvested fields, he said, on any roadway under RVC’s authority. Hulsman said his department will report back to council on the impacts of allowing the exemption, anticipating that will take place some time in the second or third quarter of the year.

He noted impacts on County roads will likely not be severe.

“Most of the area impacted in the County is close to [Balzac] and then west going toward Highway 22,” he said. “Most of those are within about three miles of a paved road.”

“I’d like to say thank you to administration – first, being a councillor and second, being a farmer – that they’re making an attempt to assist the community,” said Coun. Daniel Henn.