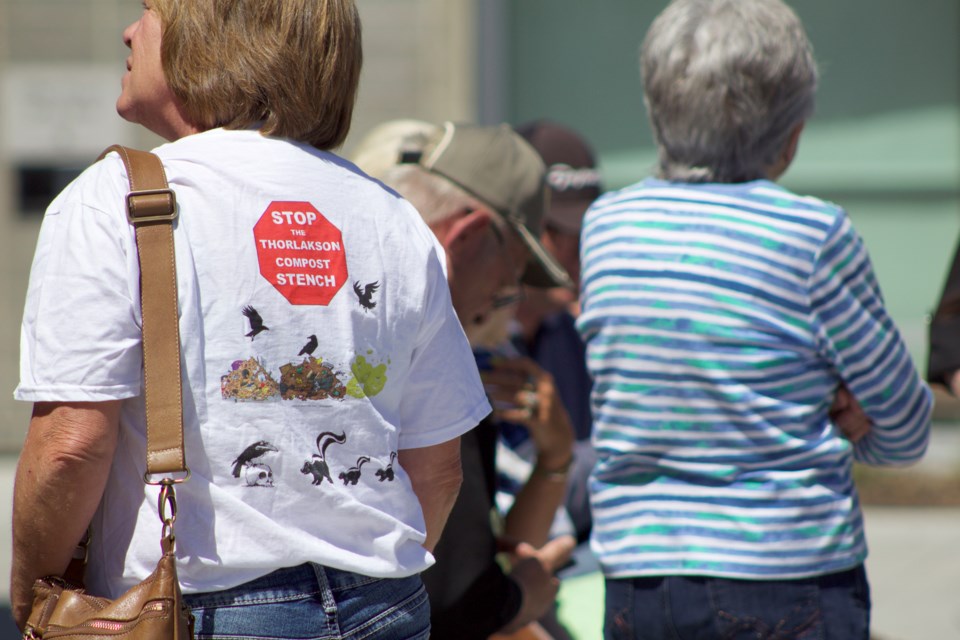 According to Dennis Gieck, an organizer of Stop the Stench – a grassroots group opposed to the compost facility – he and other neighbours were “dumbfounded” when council issued the decision during a regular meeting.

“Well, they’ll probably allow the facility, but they’ll put a bunch of conditions on it that are probably pretty restrictive and hard to come by,” he said, describing his thinking as he went to council’s meeting. “I never, ever expected to see it shut down but, in my personal belief, that was the thing to do.”

According to planner Jessica Anderson, the intent of the application was to bring the existing facility into compliance with County requirements, and to set performance standards for continued operations. Administration had requested, but had not yet received, “all relevant information,” according to her report, and the application was presented without consequential documents.

The site had been used for composting in conjunction with the Thorlakson feedlot – which shares a site with TNC – since the early 1990s, Anderson said, but in 2018, it reached a threshold that prompted the submission of a land use redesignation application. Following a public hearing Dec. 11, 2018, council granted the redesignation, imposing a number of conditions for the continued operation of the facility – including making council the development authority for the site.

TNC has been a source of controversy, with residents complaining of a “stench” emanating from the property. The facility drew wider attention after an odour thought to originate from the site was carried by wind into Airdrie Jan. 10, leading to increased complaints.

A condition of the approved redesignation required TNC to submit a development permit application by Jan. 31. In March, RVC issued a press release stating that, although that deadline was five weeks longer than normal, conditions had not been met and enforcement compliance actions were being undertaken. On March 1, the County began fining TNC $1,500 per day.

However, according to Grant Kaiser, executive director of Community and Business, “council determined the County had been more than reasonable in allowing the time needed to fully complete an application and address any technical considerations. Council determined it had sufficient information to make a fair and proper decision on the matter.”

“I think council looked at it and said, 'this is an issue that needs to be solved and we’re not getting the effort that we’d like to see to get the studies done and to get all the mitigation issues looked after,'” Reeve Greg Boehlke said.

A motion to allow a representative from TNC to address council failed 5-4. According to Boehlke, council felt sufficient correspondence had taken place with the applicant.

“I don’t think everything that comes along – every subdivision, every development permit – should be made into a public hearing,” he said. “For 99.9 per cent of the time, nobody needs to come to council.”

Representatives from TNC declined to comment on the decision.