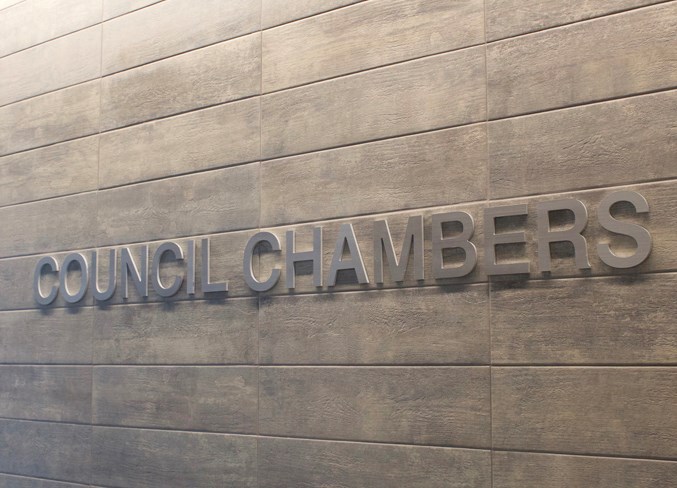 Rocky View County council voted to allow an applicant to resubmit a subdivision application without fee after the proposal was refused. The subdivision is located within the future policy area of the Conrich Area Structure Plan, and the applicant had been advised it would likely not be approved prior to the completion of the statutory plan.

Rocky View County (RVC) council voted to waive the fee for a landowner to resubmit a subdivision application after the proposal was refused at a regular meeting Feb. 12. Council refused a subdivision application for a 5.78-acre parcel and an 11.29-acre parcel east of Conrich, south of Township Road 250 and west of Range Road 283 – within the future policy area of the Conrich Area Structure Plan (ASP). While the subdivision was technically viable, according to planner Oksana Newmen, it did not comply with a stipulation of the ASP that states a new subdivision shall not be supported within the future policy area until that area has been comprehensively planned. Further, the Municipal Government Act (MGA) states a subdivision authority must not approve an application if it doesn’t meet a statutory plan, she said. Newmen noted the Terms of Reference for the future policy area were adopted by council Nov. 27, 2018, and comprehensive planning for the area will start this year. The applicant was advised the submission did not comply with policy and was given an opportunity to withdraw, according to Newmen, but they wished to proceed. Area Coun. Jerry Gautreau moved the application be refused, based on the regulations set out in the MGA. Deputy Reeve Al Schule indicated he would support Gautreau’s motion, so long as the applicant be permitted to resubmit the application without fees after the future policy area was planned. In general, he said, he opposes future policy areas that freeze land, and felt charging the applicant to resubmit the application would penalize him. Additionally, he said he believed the time needed for staff to review the resubmitted application would be minimal. Gautreau’s motion was carried 7-2, with Schule and Coun. Crystal Kissel opposed. Schule’s motion arising was subsequently carried 5-4, with Reeve Greg Boehlke and Couns. Daniel Henn, Mark Kamachi and Kevin Hanson voting against. “I believe we heard the situation was explained to the applicant ahead of time, and he chose to move forward to see what would happen here today,” Hanson said. “I won’t be supporting this because we want to recover all our costs, and we spent real administration time and council time on this, and when it comes up again there will be more administration time and council time. Let’s have them pay the fee again.”

Development will continue on the Balzac-area High Lands Industrial Park following a unanimous council vote. According to planner Johnson Kwan, the next stages of the development will add a mix of commercial and industrial uses on 19 lots varying in size between two and 28 acres, located along Highway 566 east of Highway 2. Council approved what Kwan described as a “minor amendment” to the Balzac East Area Structure Plan (ASP), along with an associated land use redesignation and amendment of the High Plains Industrial Park conceptual scheme to adopt the development’s outline plan for stages four and five. The amendment allow outdoor storage in yards facing Highway 566, allows the maximum height of a principal building to be more than 10 meters (m) and allows the minimum setback from the highway to be less than 50 m. Prior to the amendments, the ASP specified developments on the subject lands must have a minimum setback of 50 m, and buildings could not exceed 10 m. “This is, I think, a very well planned out…proposal,” said Area Coun. Daniel Henn. “I think it’s obviously good for the County and for the community.”

Council unanimously approved a redesignation application on land in the Balzac area, accommodating a future subdivision to create three two-acre parcels west of Range Road 293 on the north side of Rainbow Boulevard. According to Kwan, the application was found to be compliant with land use strategies and policies outlined in the Balzac East ASP.