Tom Ikert Tom Ikert, a lifelong resident of Bow River riding, is running to represent constituents as part of the People’s Party of Canada (PPC).
Oct 17, 2019 3:00 PM By: Ben Sherick 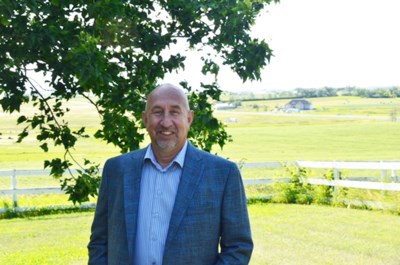 Wheatland County councillor Tom Ikert said he's running as the People's Party of Canada candidate in Bow River because he resonates with the party's values.Photo Submitted/For Rocky View Publishing
Tom Ikert, a lifelong resident of Bow River riding, is running in the federal election Oct. 21 to represent constituents as part of the People’s Party of Canada (PPC).

Ikert lives on a quarter section of land just outside Strathmore, which has been owned by his family since 1968. He said he feels he knows the issues that are important to voters in his riding. According to his website, his experience as a carpenter, livestock farmer, entrepreneur and family man makes him “well-aligned with the average Bow River voter.”

A journeyman carpenter and contractor, Ikert was elected to Wheatland County council in 2017. In that capacity, Ikert has, according to his website, “demonstrated the ability to make a difference and reduce taxes as an elected official” – as a council member, he said, he was part of a decision to approve a zero per cent tax increase for Wheatland County rather than a two to 2.5 per cent tax increase.

“We, on council, thought it was unacceptable to raise taxes in the current fiscal situation,” he said.

If elected, Ikert said he hopes to be instrumental in having Alberta’s voice recognized at the federal level. He believes Alberta is the economic engine of the country and needs to be acknowledged as such.

“The oil and gas industry and the ag industry have just been absolutely pummeled,” he said. “Neither the Liberals or the Conservatives are that worried about it.”

The policies of the PPC platform resonate with Ikert, he said, “because they believe in fairness and respect, an we need that in Canada.” According to the party’s platform, it intends to reduce the total number of equalization payments to provinces.

The PPC’s platform can be read online at peoplespartyofcanada.ca/platform 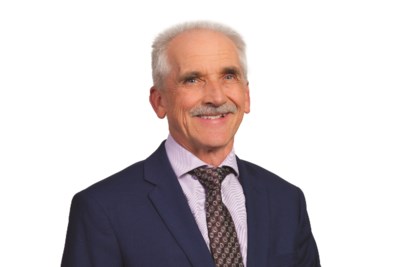 After growing up in Ontario, Lipp said he’s lived in the Bow River riding for 16 years. Lipp holds a master’s degree in Business Administration from York University and works as a Chartered Professional Accountant (CPA). If elected, Lipp said he would lend a valuable outsider’s perspective to Ottawa.

“I’m not a professional politician – I think that qualifies me quite a bit,” he said. “Also, I try to bring creative, innovative solutions to systemic problems.”

According to Lipp, his party’s priorities in the election are family, life and freedom.

“The CHP sees the three most important issues as the importance of valuing human life – that is to say, human life is worth much more than animal life or plant life,” he said. “Secondly, strong families make for strong nations, and attack on the family’s an attack on the fabric of the nation, itself. And freedom of speech, religion, assembly and conscience are really the core of democracy.”

According to its website, CHP touts itself as “Canada’s only pro-life federal political party” and is explicitly anti-abortion. The party defines marriage as “the exclusive union of one man and one woman,” and vows to rescind government support of same-sex marriage.

Personally, Lipp said, he views that final pillar – freedom – as the most vital.

“If we don’t have the freedom to share our thoughts on a matter, our opinions on a matter, without being afraid we might be sued because we’ve inadvertently offended someone, we really have no freedom at all,” he said.

The CHP’s platform can be found online at chp.ca/about/2019platform 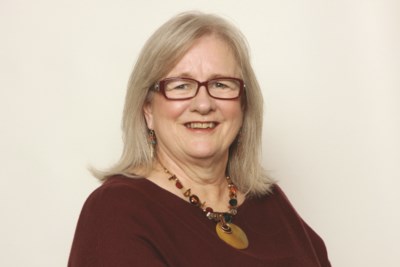 NDP candidate Lynn MacWilliam believes her time in Alberta, Ontario and Yukon provide her a broad perspective that will help her represent Bow River riding.Photo Submitted/For Rocky View Publishing
According to New Democratic Party (NDP) candidate Lynn MacWilliam, her extensive political experience makes her a great fit to represent the people of Bow River in Ottawa.

“I think I’m empathetic, I know how to help people through all the red tape of government – which, unfortunately, there is – and I believe strongly that I can help them,” she said.

Beginning in 1993, MacWilliam began working in the Yukon constituency office of former NDP leader Audrey McLaughlin. In 1997, she moved to Ottawa and worked for “a variety” of MPs – including Linda Duncan of Edmonton – for 15 years.

After a family health issue forced her to take early retirement and relocate to Bassano, MacWilliam became involved in municipal politics when she was elected to town council in 2013 and re-elected in 2017.

“This past spring, I stepped down from council to pursue other things that I really want to do, as well as help my daughter with her health issues,” she said.

MacWilliam said her experiences in Yukon, Ontario and Alberta, along with her political involvement at various levels of government, give her a broad perspective that will help her represent Bow River, if elected.

Healthcare expansion is a major priority for MacWilliam in this election, she said, noting she would like to see the establishment of a national pharmacare program. MacWilliam acknowledged setting up this program would be costly, at first, but said it would result in long-term savings.

“I think those are things that are going to benefit every person in this country,” she said.

MacWilliam is also particularly concerned about environmental issues and said she would actively work to mitigate climate change, if elected.

The NDP’s platform can be viewed online at ndp.ca/commitments In 2015, Shields was elected MP of the newly-formed Bow River riding. Prior to that, he served one term as a councillor in the City of Brooks, beginning in 2004, before being elected mayor for three terms from 2007 to 2015. Shields said he also served as vice-president of the Alberta Urban Municipality Association and vice-president of the Palliser Regional Health Board for several years.

Before his political career, Shields said he worked as a teacher and school principal for three decades. He added he is a third generation Albertan and has lived in the Bow River riding for nearly 45 years.

“I know the area and I know the connection of people,” Shields said. “I’ve met a lot of people, and [there’s] a lot of great people in this riding.”

Shields said he views advocating for Alberta’s industries – particularly oil and gas and agriculture – as a top priority in the federal election. With four large irrigation districts in Bow River riding, a “tremendous amount” of agriculture comes out of the region, he said.

“Trade for agricultural products, trade for natural resources – getting them to market is key for this riding,” Shields said.

He said he also wants to get his constituents back to work. In recent years, according to Shields, his riding has faced “huge” economic challenges, with constituents unable to find high-quality jobs in sectors where those jobs used to exist.

“When Alberta’s economy is strong, the rest of Canada is strong,” he said.