The organizers of the seventh annual Taste of Bragg Creek hope to whet visitors’ appetites by highlighting the hamlet’s shops and restaurants.
0
Apr 9, 2019 12:01 AM By: Ben Sherick 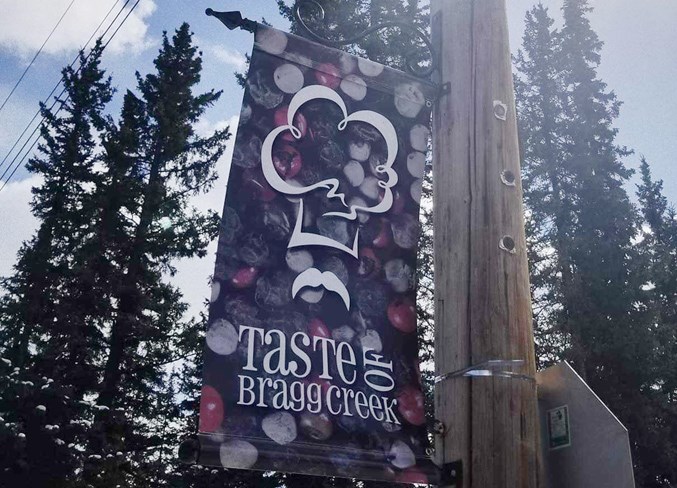 The seventh annual Taste of Bragg Creek will include month-long promotions and specials from the hamlet&#8217;s restaurants and shops.

The organizers of the seventh annual Taste of Bragg Creek hope to whet visitors’ appetites by highlighting the hamlet’s shops and restaurants.

“It’s a great way to see everything Bragg Creek has to offer all year round – our boutiques and shops and our first-class restaurants,” said organizer Mackenzie Walsh.

This year’s event will take place April 12 from 5 to 9 p.m. at the Bragg Creek Community Centre. The tasting exhibition will feature 27 booths, Walsh said, offering samples from local restaurants, breweries and caterers ranging from German food to a home coffee roaster, and from vegan offerings to Indian fare. Attendees can purchase tasting tickets to be redeemed at the booths to sample food and beverages. Walsh said organizers suggest vendors sell samples for between one to four tickets.

“We recommend starting out with 15 to 20 tickets,” she said. “You can always come back and get more tickets.”

This year, for the first time, Walsh said Taste of Bragg Creek will extend beyond the single-day event to a month-long celebration of Bragg Creek’s businesses.

“Our local shops, boutiques and restaurants will be offering in-store specials and promotions to try to get people to come during April,” Walsh said.

According to Walsh, Taste of Bragg Creek began as a way to entice people to visit during the hamlet’s off season. The event originated with Charlie Holschuh, a local restaurateur, who wanted to showcase Bragg Creek’s culinary scene, she said.

“We weren’t known for that, before,” Walsh said. “We were more known for our scenery and our hiking trails and our biking and that kind of thing, so this sort of brought our culinary scene more to the forefront.”

The first year of the event took place shortly before Bragg Creek was devastated by the 2013 flood. As the community recovered, Walsh said, she felt the event became a central means of promoting community spirit and showing the region the hamlet is open for business.

“This, I would say, is one of our main events, which we do feel brings a lot of support from outside the community, and within our community, as well,” she said.

Walsh said she believes the event has helped turn Bragg Creek into a culinary destination.

“In the last two years, we’ve gotten a lot more restaurants actually come to Bragg Creek,” she said. “I think that might be one of the reasons why they have come here, because they’ve heard about our restaurant scene and want to be a part of it.”