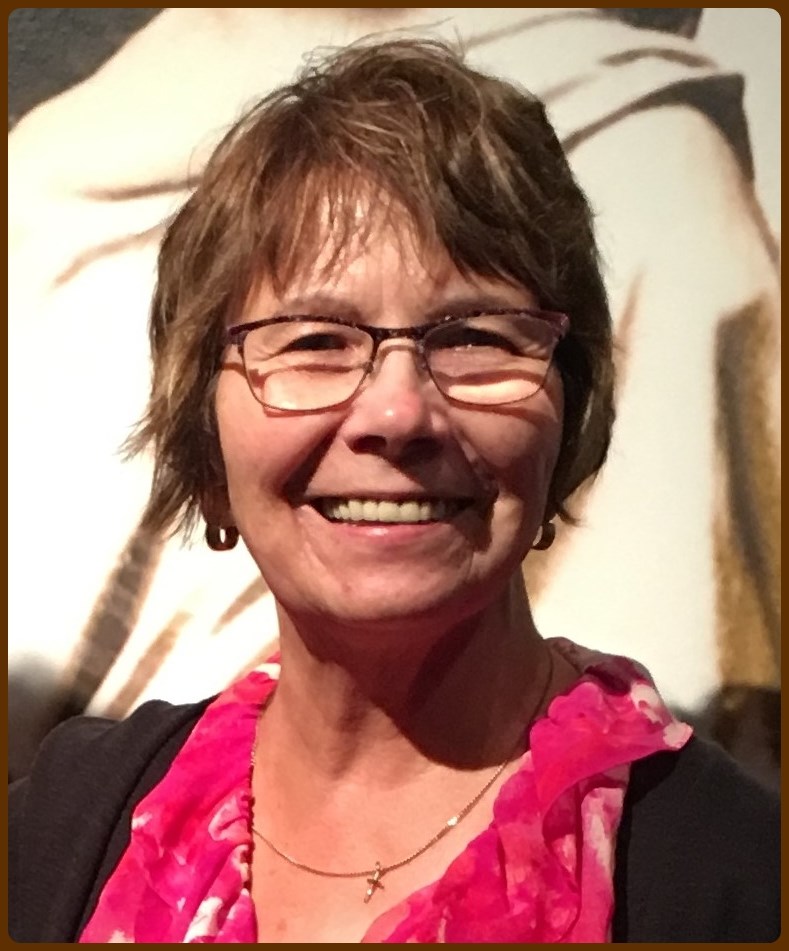 On February 7, 2020, Rosemary (Cylurik) Wittevrongel; loving wife, mother and grandmother, passed away following a brief battle with lymphoma at age 70.

Rosemary was born on December 27, 1949 in Edmonton, Alberta to Andrew and Olga (Kozak) Cylurik. Her career included a number of municipal administration roles throughout Alberta, including Chief Administrative Officer for the communities of Irricana, Forestburg, and Bashaw.  She greeted everyone with a smile and a kindword, as was incredibly proud of the small communities she served.

On June 30, 1973 she married Ronald “Woodee” Wittevrongel in Edmonton, Alberta. They first lived in Calgary, Alberta and relocated to Irricana, Alberta to raise their two children, Erin and Jeremiah.

Rosemary enjoyed many passions which she happily shared with those she cared about. Her love of the outdoors was cultivated by her parents’ many mountain adventures when she was a child. This continued throughout her life, as she joined countless camping and hiking trips with family and friends. Eventually, this passion influenced her retirement with Woodee at Buffalo Lake, where she could walk her daily miles, grow her garden, and contemplate prairie sunsets and pelicans gliding overhead.

Rosemary was an amazing cook, a gifted seamstress, and a talented weaver. She was also an avid reader and music lover, and greatly enjoyed travelling and exploring new places. Rosemary’s favourite times were spent playing with her children and grandchildren, including beating them at board and card games, catching fireflies and watching meteor showers, cheering from the stands for a wide range of sports including hockey, figure skating, baseball, ringette, field hockey, and soccer, joining in music and gymnastics classes, and creating as much magic through make believe as possible. Her integrity, kindness and compassion were underscored by her quick wit and quiet strength.

Rosemary was preceded in death by her parents Andrew and Olga Cylurik. She is survived by her husband Ron “Woodee”; her two children Erin (Brad) Hafichuk and Jeremiah; her grandchildren Claire and Sophia Hafichuk, her sister Carol Cylurik-Jang (Bill Jang), her mother-in-law Yvonne Wittevrongel, her brothers  and sisters-in-law Barry (Deb) Wittevrongel, Joan Stasiuk, Marc (Donna) Wittevrongel, Denis (Nancy) Wittevrongel, and Grant Wittevrongel, and many nieces, nephews and cousins.

A Celebration of Life will be held on Thursday, February 20, 2020 at 1:30 p.m. at the Bashaw Community Centre. In lieu of flowers, donations to Crohn’s and Colitis Canada are appreciated.

The family wishes to thank the doctors, nurses and staff of the Hematology Department at the University of Alberta Hospital, who provided amazing care and support for Rosemary during her treatment; as well as the home care team supporting her in the Bashaw area.