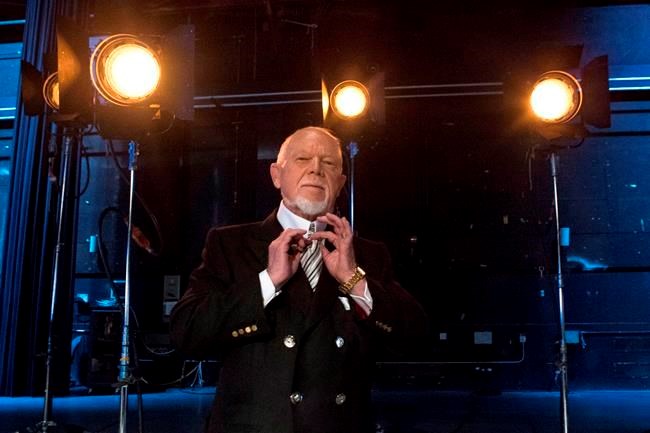 The Western Hockey League is undecided on the future of a charitable program featuring Don Cherry.

The WHL currently has a promotion scheduled in January called 'RE/MAX Presents: WHL Suits Up with Don Cherry to Promote Organ Donation' that would be entering its third year if the league still chooses to run it.

"At this time, we continue to review this matter with the stakeholders involved (sponsor, charity, member clubs). We will provide a further update when we are able," a WHL spokesperson said in an email.

Cherry was fired by Sportsnet on Nov. 11 for comments two days earlier on "Hockey Night in Canada" that many felt were critical of immigrants for not wearing Remembrance Day poppies. Cherry used the phrase, 'You people,' during the "Coach's Corner" segment but later denied that he was singling out minorities.

From January through March, Hockey Night in Canada-themed WHL sweaters are planned to be worn by the 17 Canadian-based WHL teams, then auctioned off to raise money.

Through the first two seasons of the partnership, over $460,000 was raised for research of kidney disease in Canada, according to the league website.

The Canadian Hockey League — the umbrella organization for the WHL, Quebec Major Junior Hockey League and Ontario Hockey League — also hasn't decided if Cherry will be involved in its annual top prospects game Jan. 16 in Hamilton.

The 85-year-old usually leads Team Cherry, often against a roster coached by Bobby Orr in the showcase for NHL draft-eligible players.

— With files from Kyle Cicerella