Toronto FC signs third goalkeeper ahead of MLS is Back Tournament 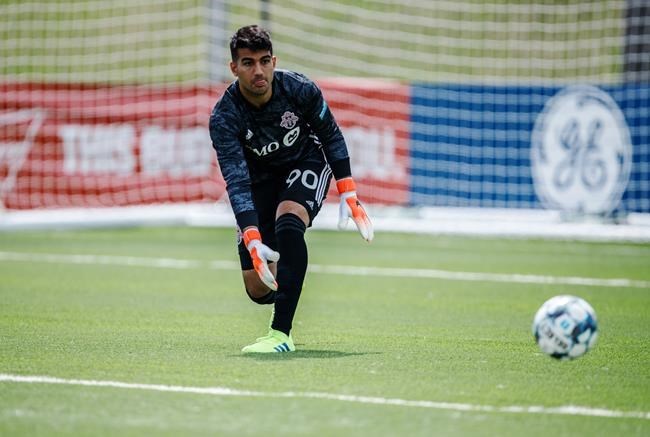 Toronto FC has signed goalkeeper Kevin Silva to a first-team contract, adding a third 'keeper for the trip to the MLS is Back Tournament.

The 22-year-old American spent last season with Toronto FC 2 on loan from Scotland's Heart of Midlothian, where he was playing for the reserves. He had two shutouts in eight appearances for TFC's USL side.

Silva made the move to Toronto FC 2 permanent in January.

"Kevin has worked hard and performed well throughout his time with TFC 2," Toronto FC GM Ali Curtis said in a statement. "He has a great attitude and will continue to develop working alongside Quentin and Alex on the first team."

Silva, a native of Bethlehem, Penn., who played collegiately for UCLA and Rutgers, also spent time on loan with Raith Rovers of the Scottish third division.

Toronto FC was slated to charter to Florida on Friday for the World Cup-style tournament that runs July 8 to Aug. 11 at Disney's Wide World of Sports in the Orlando area.

Toronto coach Greg Vanney said Thursday he is taking 29 players to the tournament. Nigerian forward Ifunanyachi Achara, the 30th man on the roster, is scheduled to undergo knee surgery Tuesday and is gone for the season.

The MLS has been idle since suspending play March 12, two weeks into the season, due to the global pandemic.

This report by The Canadian Press was first published July 3, 2020.