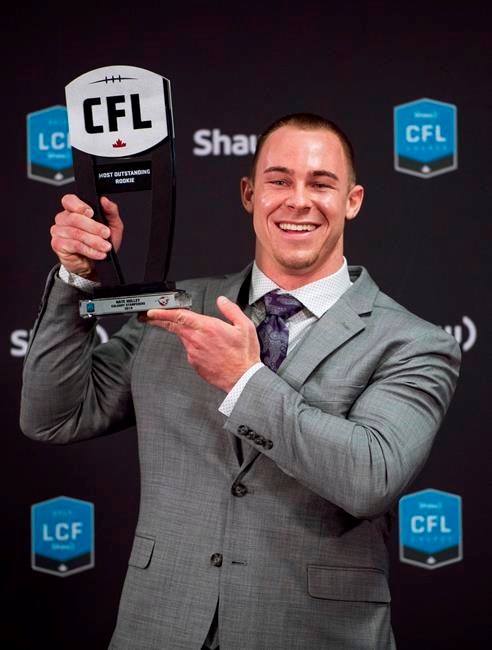 Holley received the honour at the league's awards banquet in voting conducted by the Football Reporters of Canada and nine CFL head coaches.

The six-foot, 210-pound Holley had 78 tackles, 22 special-teams tackles, a sack and an interception with Calgary. Holley, who played at Kent State, finished second in the league with 107 defensive plays.

The finalist was Montreal Alouettes receiver Jake Wieneke. The six-foot-four, 215-pound native of Maple Grove, Minn., had 41 catches for 569 yards and a team-high eight TDs.