Rose, Regan to lead Canada at CONCACAF Women's Under-20 Championship 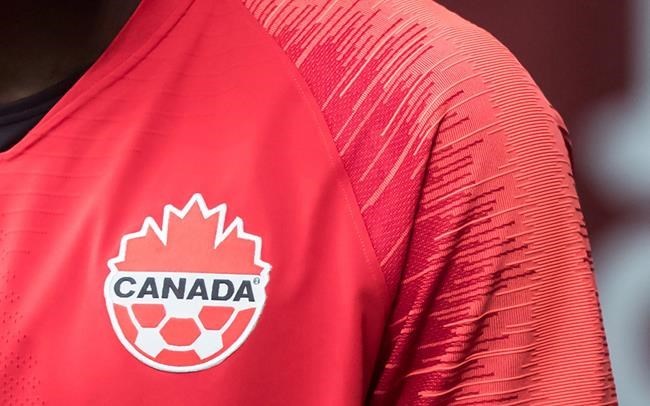 TORONTO — Defenders Jade Rose and Emma Regan, who have both spent time with the senior squad, will lead Canada at the CONCACAF Women's Under-20 Championship later this month in the Dominican Republic.

Regan, 20, made her senior debut against Cuba in CONCACAF World Cup qualifying in October 2018. Rose, 17, has yet to win a senior cap but has been called into camp twice by national team coach Kenneth Heiner-Moller.

CONCACAF has received three berths at recent FIFA U-20 World Cups. It gets four this time with two going to tournament hosts Costa Rica and Panama.

Canada is one of 20 countries in search of those two remaining berths at the CONCACAF qualifier, which runs from Feb. 22 to March 8 in San Cristobal and Santo Domingo.

The Canadian women will play Group E matches against El Salvador, Guatemala and Jamaica. The tournament then switches to elimination mode with Canada needing to win round of 16, quarterfinal and semifinal matches to reach the world Cup.

Adding to the challenge is the fact that Canada will likely have to go through the Americans to qualify. Canada, which failed to make the 2018 World Cup, is seeded third at the CONCACAF tournament and will face the Americans if they finish first or third in Group C (which includes Cuba, Dominican Republic and Honduras).

"Truthfully, and I mean this in all sincerity, this team is good enough to go all the way," coach Rhian Wilkinson said.

"I don't shy away from saying that," she added. "It's going to be a hard journey and they'll have to be at their best. But they have every ability to do that."

Canada would have to play seven games in 15 days in the heat of the Dominican Republic if it goes the distance.

"It's a major undertaking that's being requested of all the young people involved in this tournament," Wilkinson said. "It's a hard tournament. I'm glad I'm not playing in it."

"We'll do our very best to make sure we look after our young people and also that they're able to perform, so we'll be working hard to prepare them for the load that's going to be coming," she added.

The team has already been hit by injuries. Maya Antoine, Ashley Cathro, Olivia Cook and Julianne Vallerand are all currently sidelined.

"As I told them, this team will work hard to make sure that they're at the World Cup so they get an opportunity to play again," Wilkinson said.

Canada has qualified for seven of the nine FIFA U-20 World Cups to date, reaching the quarterfinals in 2004 and 2014 and losing to the U.S. in the final of the inaugural 2002 tournament (when it was under-19) on home soil.

It failed to qualify in 2018, losing to Mexico in a semifinal penalty shootout and then 1-0 to Haiti in third-place game.

It is a measure of the success of the Canadian program that eligible players like Jordyn Huitema, Jayde Riviere and Julia Grosso are not on Wilkinson's roster. They have bypassed the youth level for the senior side.

Winger Olivia Smith, Canada's youth player of the year in 2019, will likely play a leading role at feature at the CONCACAF Women's Under-17 Championship, which runs April 19 to May 3. Just 15, Smith has already won two caps for the senior side.

"The goal is to get these players playing successfully but also on to the senior team is the major thing," said Wilkinson.

Having already played at the under-17 level, Rose moves up to the under-20 ranks.

Wilkinson will also coach Canada at the CONCACAF Women's Under-17 Championship, which will send three countries to the FIFA U-17 Women's World Cup in India in November.

The former Canadian international, who won 181 caps during her playing career, coached the Canada to fourth place at the 2018 FIFA U-17 Women's World Cup in Uruguay.

This report by The Canadian Press was first published Feb. 12, 2020.

Hockey equipment manufacturer CCM and its players donate half a million masks
Apr 8, 2020 9:43 AM