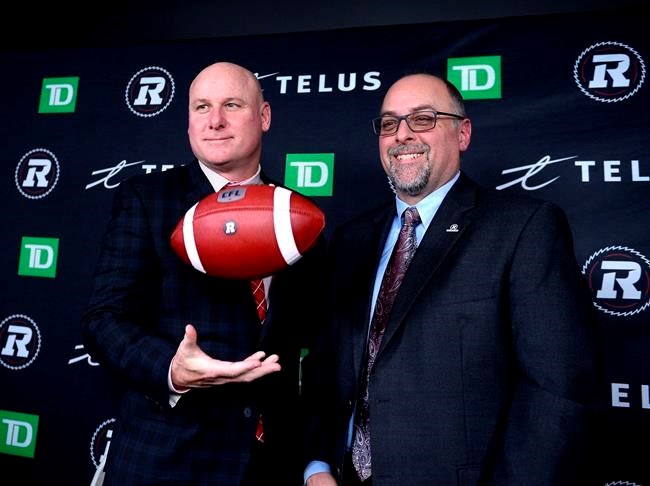 OTTAWA — The Ottawa Redblacks will bring back general manager Marcel Desjardins, head coach Paul LaPolice and the majority of the football operations staff in 2021.

Desjardins, Ottawa's GM since the team's inception in 2014, hired LaPolice as head coach following the 2019 season after the Redblacks cut ties with Rick Campbell.

LaPolice, who won a Grey Cup as offensive co-ordinator of the Winnipeg Blue Bombers in 2019, hopes to coach his first game with the Redblacks next year after the 2020 CFL season was cancelled because of the COVID-19 pandemic.

The Redblacks finished a league-worst 3-15 last year after going to the Grey Cup in three of the previous four seasons, including a championship in 2016.

Desjardins said "everyone sacrificed to ensure continuity on the staff" after an overall reduction in compensation.

"This speaks to the type of people they are but also speaks to their belief in the unfulfilled potential for the 2020 season and how that will positively translate to the 2021 season," Desjardins said in a statement.

GM Marcel Desjardins, head coach Paul LaPolice and most of his staff will return in 2021, the Ottawa Redblacks announced Wednesday.

Desjardins will enter his eighth season as the only GM in Redblacks history. During his tenure Ottawa has reached the Grey Cup three times, winning in 2016.

This report by The Canadian Press was first published Nov. 18, 2020