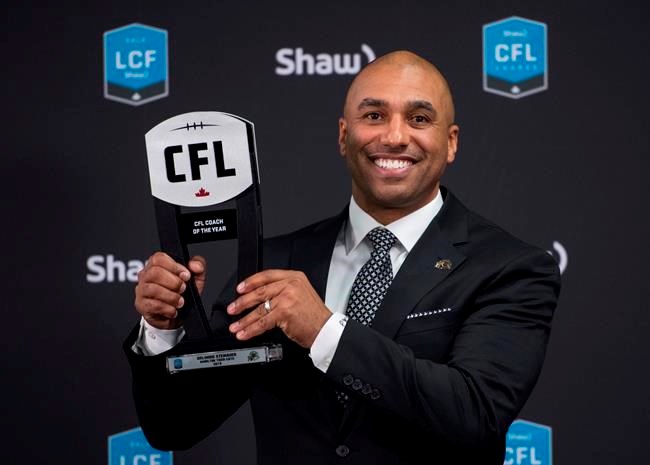 CALGARY — Orlondo Steinuaer of the Hamilton Tiger-Cats is the CFL's coach of the year.

Steinauer received the honour Thursday night at the CFL's awards banquet in voting conducted by the Football Reporters of Canada and nine league head coaches.

Steinauer, 46, of Seattle, enjoyed a stellar first season with Hamilton, leading the Ticats to a CFL-best 15-3 record. Steinauer tied the CFL record for regular-season wins by a first-year head coach in guiding the Ticats to their best regular season in franchise history.

Hamilton was a perfect 9-0 at home this year and led the league in scoring (551) while allowing the fewest points (344).

Saskatchewan's Craig Dickenson was the finalist. The first-year head coach led the Riders (13-5) to first in the West Division for the first time since '09.