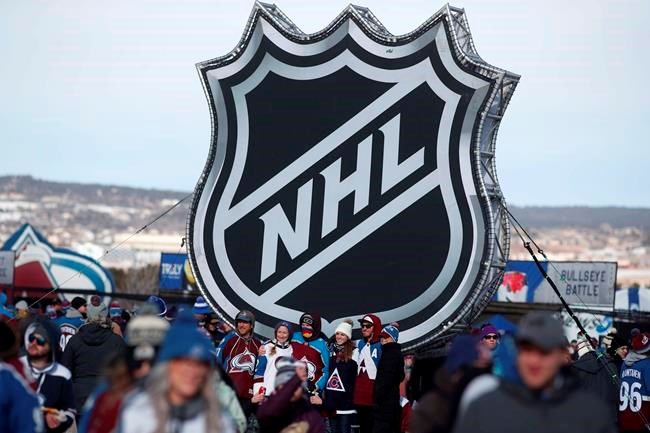 The NHL and its players are going to keep talking.

The NHL Players' Association announced late Friday its executive board has authorized "further negotiations" on a 24-team playoff format as the league bids to resume the 2019-20 season and award the Stanley Cup.

The executive board, which held a vote with its 31 player representatives, added in its statement "several details remain to be negotiated and an agreement on the format would still be subject to the parties reaching agreement on all issues relevant to resuming play."

The league, which was forced to pause its season March 12 because of the COVID-19 pandemic, and the union have been working together on the NHL/NHLPA's Return To Play Committee.

Apart from continuing discussions on the 24-team format, plenty of other hurdles remain before the games will be allowed to resume, including receiving the go-ahead from government and health officials, timing, locations, testing procedures and ensuring the safety of everyone involved.

Should the NHL return sometime this summer, it's almost certain teams will be clustered in hub cities across North America, with games being held in empty arenas. Locations mentioned as potential sites include Vancouver, Edmonton, Toronto and Las Vegas.

The 24-team playoff format would see 12 clubs from both the Eastern and Western Conference battle for the Cup in a tournament that could stretch deep into the fall or early winter. The league has said it wants to ensure a full 82-game schedule in 2020-21.

The NHL playoffs usually involve eight teams from each conference, with the winner having to navigate four best-of-seven series following a full schedule. The 2019-20 campaign was halted with 189 games left on the slate, while clubs had played anywhere from 68 to 71 contests.

Under the 24-team plan, and if the league can navigate the other obstacles in its way, the top-4 in each conference would play a round-robin tournament to determine seedings, while the other eight would tangle in four separate best-of-five series.

Boston, Tampa Bay, Washington and Philadelphia would compete for the No. 1 slot in the East, while defending Cup champions St. Louis, Colorado, Vegas and Dallas would do the same in the West.

The East's best-of-five series would see Pittsburgh versus Montreal, Carolina versus the New York Rangers, the New York Islanders versus Florida, and Toronto versus Columbus. Montreal, the 12th seed, sat with a paltry 71 points from 71 games — including just 19 regulation wins — when the season was paused amid the novel coronavirus outbreak.

In the West, the best-of-five matchups would include Edmonton versus Chicago, Nashville versus Arizona, Vancouver versus Minnesota, and Calgary versus Winnipeg.

The four winners of the best-of-five matchups in each conference would then be pitted against the top-4 seeds.

The seven teams on the outside looking in would be Buffalo and New Jersey — which both sat just 0.007 percentage points back of Montreal — Anaheim, Los Angeles, San Jose, Ottawa and Detroit. Buffalo would be guaranteed to miss the playoffs for a league-high ninth straight season, while all three California team would fail to make the cut in the same year for the first time since 1995-96.

According to the website sportsclubstats.com, Montreal, which sat 10 points back of the East's second wild-card spot on March 12, had a zero per cent chance of making the usual 16-team playoff field at the time of the pause. In the West, Chicago's chances sat at 2.6 per cent, while Arizona was at 16.6 per cent.

Toronto defenceman Tyson Barrie conceded this week that any format would have its flaws.

"In a time like this how can anything be super traditional?" he said. "The integrity will be there because it's still going to be the best players in the world playing against each other for the ultimate goal of winning the Stanley Cup.

"It will certainly be weird without fans or whatever the scenario unfolds to be, but I think we all have to adapt."

Winnipeg sniper Patrik Laine said earlier Friday before the announcement that getting back on the ice is what matters.

"I just want to play, and I can do whatever format they decide," he said. "It's still hockey, but I don't mind the format. It's not an issue for me."

Apart from the remaining steps involved in getting back on the ice, the NHL still needs to settle on a draft format, while the seven clubs that would be outside the 24-team bracket could be sidelined for eight, nine or even 10 months, depending by the time the 2020-21 campaign begins.

This report by The Canadian Press was first published May 22, 2020.