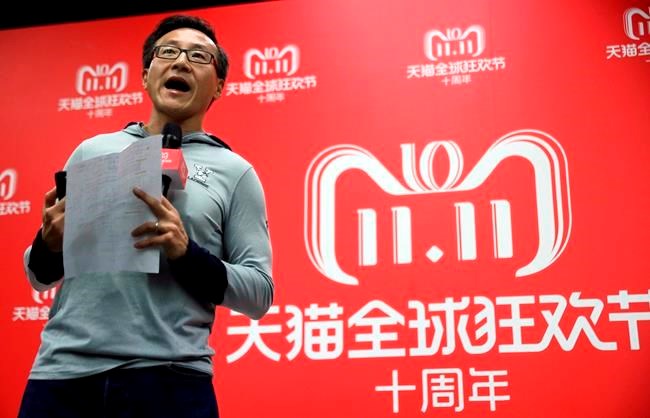 Soon-to-be Brooklyn Nets majority owner Joseph Tsai is something of an enigma to sports fans. But to Steve Govett, he's a friend, partner and a competitive force.

Govett is the president of the National Lacrosse League's San Diego Seals, the first property Tsai bought in his ever expanding sports empire. He said the Taiwanese-Canadian businessman has brought a fresh philosophy to sports ownership.

"He wants to win not just for himself, but for the fanbase. He feels like he's the steward of the franchise, or of the franchises, on behalf of the fanbase," Govett said in a phone interview from the Nets' office in Brooklyn. "That's truly unique. It's a unique viewpoint in this world where you have owners that are self-absorbed and focused on themselves.

"He's focused on winning because he's a competitor but winning on behalf of a fanbase."

Tsai, who Govett said prefers to go by Joe, purchased a 49 per cent stake in the Nets from Russian billionaire Mikhail Prokhorov in October 2017 for $US 1 billion. He exercised an option to buy the rest of the NBA franchise earlier this month for a reported $1.35 billion. The deal is pending league approval but is expected to get the OK in September.

He also bought Barclays Center, the Nets' home arena, in a separate deal with Prokhorov for $1 billion.

"What probably would surprise a lot of people is that the purchase of the Brooklyn Nets was done by an amazing effort of just three or four people," said Govett. "As opposed to some of these transactions that are done by investment banks with three or four hundred people working on these things. Teams and teams of lawyers. He's got pretty amazing people around him to be able to execute these transactions."

Tsai co-founded Chinese e-commerce giant Alibaba Group in 1999 after working at investment firms and as a lawyer. He made the jump to sports in August 2017, when he bought the rights to an expansion NLL franchise that would become the San Diego Seals. Tsai fell in love with the sport when he played for Yale University's lacrosse team as a student athlete.

San Diego played its first regular-season game on Dec. 8 and went on to a 10-8 record, second in the NLL's West Division. The Seals lost to the eventual champion Calgary Roughnecks in the first round of the playoffs.

"We felt like we had a longer runway than most National Lacrosse League teams in the past," said Govett, who was also behind the wheel in 2003 when the Washington Power moved to Colorado and became the Mammoth. "(The Seals) had an 18-month runway to play our first game and spent a lot of time, energy, money, resources, on trying to extend the brand into the marketplace beyond the lacrosse community.

"Our goal, as it was in Denver 18 years ago, was to introduce the sport to a lot of new consumers and so our focus was not only on the lacrosse community, but also on the non-endemic community that has never experienced the National Lacrosse League."

Since buying the Seals, Tsai has also acquired the WNBA's New York Liberty, invested in the upstart outdoor Premier Lacrosse League, and has a stake in Los Angeles FC of Major League Soccer.

"He is dedicated to the sports. He's a very very passionate sports fan, but he has very quickly and astutely understood the business of sports," said Govett, who is also the general manager of Canada's men's field lacrosse team. "He has truly amazing people around him — and I'm not just talking about myself — but the quality of people he has around him, they're very thoughtful, they're very intelligent, they're very efficient."