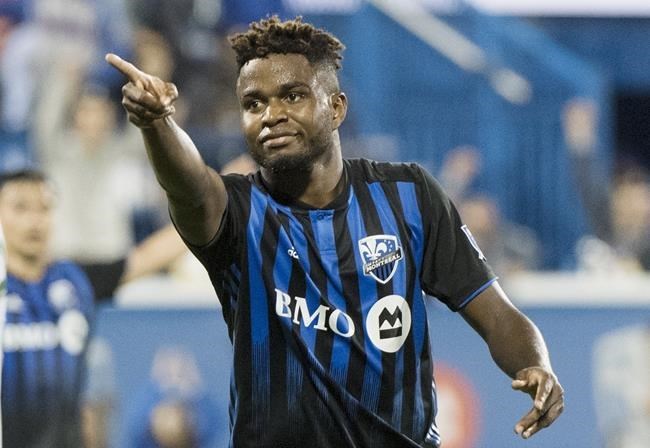 Montreal will have the option to make the deal permanent at the end of the 2020 season.

Okwonkwo, 22, returns for his second spell with the Impact after scoring eight goals and adding two assists in 2019 when he was named the club's MVP.

"Orji was one of the most efficient players on our roster last season," Impact sporting director Olivier Renard said in a statement. "We are very happy to see him return for another season after watching him gain MLS and youth national team experience in 2019."

Okwonkwo previously played in Italy between 2016 and 2019, scoring three goals in 27 Serie A games with Bologna. He joined the Italian club in 2016 after going through the academy of Nigerian club FC Abuja.

The five-foot-eight 160-pounder spent the second half of the 2017-18 season on loan with Brescia.

Impact owner Joey Saputo is a co-owner of Bologna.

This report by The Canadian Press was first published Jan. 24, 2020.