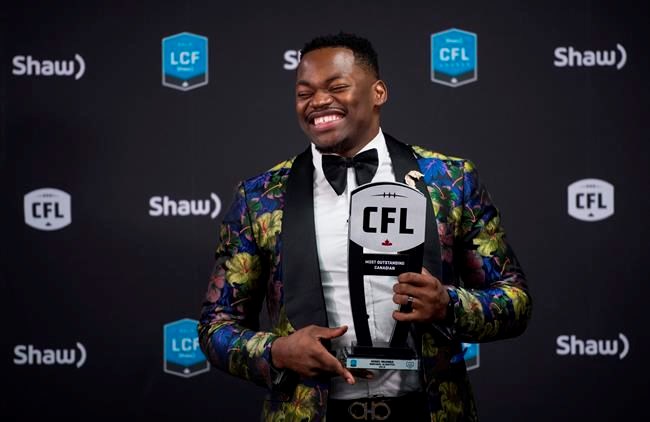 Muamba received the honour at the CFL's awards banquet in voting conducted by the Football Reporters of Canada and nine league head coaches.

The six-foot, 230-pound Muamba, a native of Zaire who grew up in Mississauga, Ont., finished second in the CFL in tackles with 93. He added one sack, two forced fumbles and a fumble recovery in 17 regular-season games as Montreal (10-8) registered double-digit wins for the first time since 2012 and ended a five-year playoff drought.

Saskatchewan Roughriders linebacker Cameron Judge was the award finalist. The 2017 second overall draft pick from Montreal had 61 tackles, 12 special-teams tackles, five sacks and two interceptions as the Riders finished tied with Edmonton for most sacks (56) and led the CFL in lowest opponent net offence (294.4 yards per game).