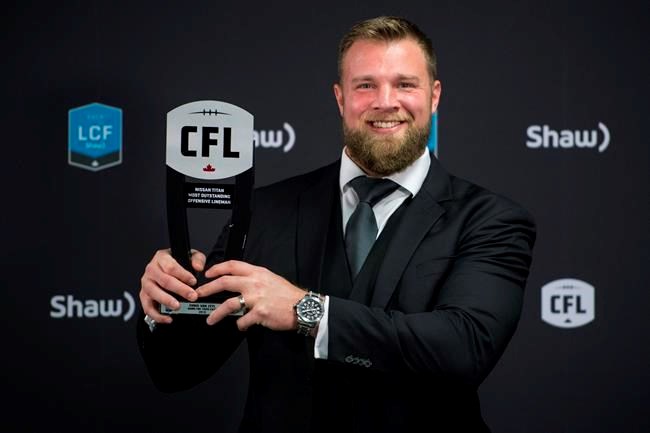 The six-foot-six, 312-pound Van Zeyl claimed the honour at the CFL awards banquet in voting conducted by the Football Reporters of Canada and nine league coaches.

Hamilton takes on the Winnipeg Blue Bombers in the Grey Cup on Sunday.

Winnipeg tackle Stanley Bryant was the finalist after winning the honour the previous two seasons. The six-foot-five, 313-pound native of Goldsboro, N.C., helped Winnipeg lead the CFL in rushing (147.9 yards per game) and pave the way for running back Andrew Harris to claim a third straight league rushing title (1,380 yards).