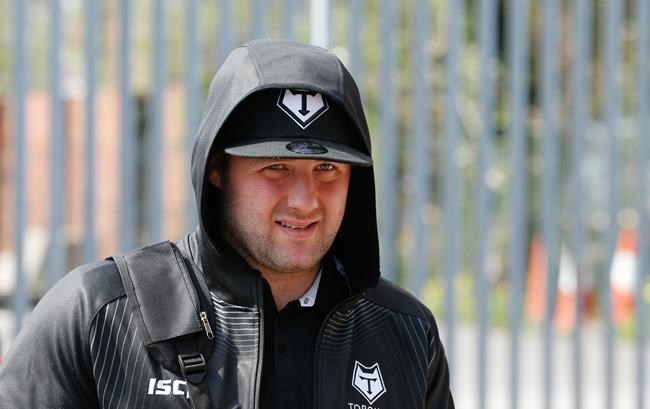 Krasniqi signed with the Wolfpack after their inaugural 2017 season in League 1, the third tier of English rugby league. He had been on loan at the Bradford Bulls most recently.

Krasniqi came through London's academy system and made 92 appearances for the London Broncos between 2010 and 2014 before moving to the Salford Red Devils and the Wolfpack.

The 26-year-old was injured at the start of the 2019 season, limiting his chances with Toronto. A club spokesman said the Wolfpack agreed to the move to allow him more playing time.

The Broncos welcomed back the Albanian-born forward, who has more than 150 Super League appearances.

"It is great to have Olsi back at the club and we are looking forward to working with him. He is one of our own, a London lad who came through our system and he brings with him a lot of Super League experience," head coach Danny Ward told the club website.

"I played alongside him in his first stint with the Broncos so am well aware of the qualities he can add to the group."

The Wolfpack (12-1-0) play Toulouse Olympique (10-3-0) on Saturday in a meeting of the top two teams in the second-tier Betfred Championship. The game in Blackpool, England, is part of rugby league's Summer Bash promotion.