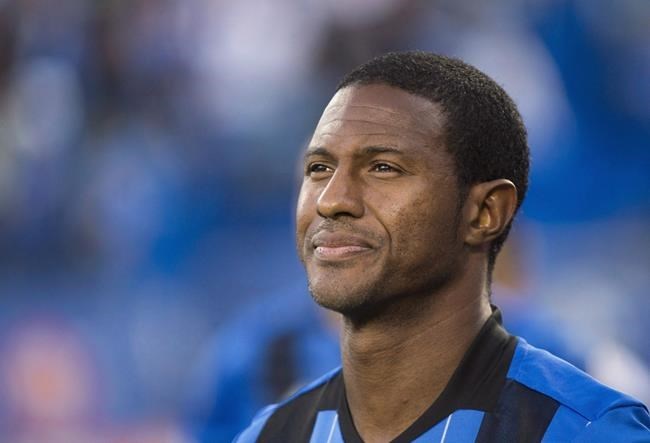 Patrice Bernier will be watching CF Montreal with interest this season, wondering what its overhauled roster will look like under new coach Wilfried Nancy.

The 41-year-old Bernier, a Montreal stalwart during the club's A-League and MLS eras, stepped down as a Montreal assistant coach in February to take up a position with the TVA Sports network. Bernier, who previously worked on an MLS magazine-style show for TVA, will be involved pre- and post-game as well as halftime analysis.

Bernier, who will continue to have a role with the Montreal academy, will be involved in game-day TV analysis of the MLS side.

He has a good handle on Nancy, having worked with the French native at the Montreal academy. The 43-year-old Nancy, who played 10 years in France's lower leagues, succeeds Thierry Henry, who stepped down in late February citing family reasons

"A good soccer mind, has his ideas," Bernier said of Nancy, who joined the club in 2011. "Maybe not well known because, of course, he wasn't a player in MLS or an international player or somebody with the prestigious status of a Thierry Henry

"But in terms of football, he's a guy who believes in a certain way of playing."

That includes giving youth a chance, with Nancy knowing the talent available to him thanks to his time with the academy before joining the first team as an assistant coach in January 2016

"I'm hoping to be seduced by CF Montreal and what Wilfried Nancy can bring forth with this young team, with a lot to look forward to," Bernier said. "I think a lot of people are maybe putting Montreal very low in the standings but I'm looking at what the potential could be. I'm interested to see the first game on Saturday."

Montreal, which has taken up residence in Fort Lauderdale, Fla., due to pandemic-related travel restrictions, opens the regular season against Toronto FC at Inter Miami CF Stadium. Montreal finished out last season in Harrison, N.J.

"This is not new to them," Nancy said of his players. "But I have to be honest, it's going to be difficult."

The club is trying to bring the families of the players to Florida and hopes it can return to Montreal "in the near future."

Nancy says age is immaterial to him when it comes to his squad.

"It's all about the connection (between players) and what I've seen on the pitch," he said.

Shoring up the defence will be a priority this year. Montreal, which had a penchant for shooting itself in the foot last season, ranked 23rd in goals-against at 1.87 a game.

Slovenian centre back Kiki Struna, acquired in a trade with Houston, should help the backline. As will Canadian Kamal Miller.

Nancy wants his team to make life difficult for the opposition.

"We're going to add a more dynamic defence … We're going to try to get the ball and to give problems to the opposition. To unbalance them," Nancy said. "But I want also my team to be aggressive without the ball."

Nancy will be looking to 22-year-old attacking midfielder Djordje Mihailovic to spark the attack. The U.S. international came over in a December trade from the Chicago Fire at a cost of US$1 million in allocation money.

Nancy believes they have found the right place to play the technically gifted Mihailovic, who hopefully can unlock defences.

Montreal has options in attack.

"He's big, he's tall, yes," said Nancy. "But for his position and for his size, he's good technically. So in terms of link-up with the players, he's going to help us disrupt the backline and to create gaps. And obviously on crosses, he's going to be good for us to score."

"I like the several (attacking) profiles I have. And for me, it's a good tool," said Nancy.

Watching from the sidelines, Bernier says his decision to step down as an assistant coach allows him more family time and options.

"At the end of the day, it was an opportunity that allowed me to have more time at home," explained the father of three, who ended his playing career after the 2017 season. "Last year was a heavy year but it's not just that.

"I think it allowed me to have more time with the family, realize I never really stopped after playing. I kept doing coaching stuff. This is allowing me more of a flexible calendar and still be close to the game."

He also hopes it will allow him "to discover other avenues" that he previously didn't have time to pursue.

Bernier is already working with Enov Sport, a Quebec company that makes soccer training gear. And he is looking at getting his 2020 autobiography "Patrice Bernier: Maitre de Son Destin" translated into English.

Some might be surprised to learn that he played two seasons in the Quebec Major Junior Hockey League — in 1996-97 and '97-98 before attending Syracuse University. He was an offensive defenceman with the Val d'Or Foreurs and Sherbrooke Faucons.

"It's not just a soccer story. It's the story of a kid born in a hockey country and chose to play soccer," said Bernier, who was still playing hockey once or twice a week in a beer league before the pandemic.

His decision to choose soccer over hockey worked out. Bernier won 56 caps for Canada.

Bernier's decision to step down as an assistant coach came just days before Henry, citing family reasons, announced he was quitting the club to return to Europe.

Bernier said the moves were parallel and "not linked at all."

"A great soccer mind," he said of Henry. "It was fantastic getting to know the person even more."

LAST SEASON: Montreal (8-13-2) finished ninth in the East, losing 2-1 to the New England Revolution in the play-in round with Gustavo Bou delivering a 95th-minute dagger.

PLAYERS TO WATCH: Mihailovic, a U.S. international, is expected to add creativity on offence. Johnsen is a six-foot-five target man signed from Ulsan Hyundai of the Korean K League. Kenya captain Victor Wanyama returns, hopefully as a force in midfield.

This report by The Canadian Press was first published April 16, 2021