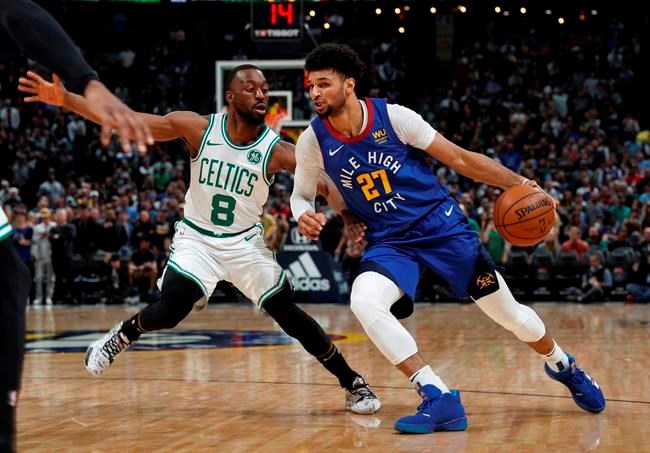 DENVER — Boston Celtics guard Kemba Walker collided with teammate Semi Ojeleye late in the second quarter, striking Ojeleye's abdomen area head-first and going down on to the court in a heap against the Denver Nuggets on Friday night.

In a tweet, the Celtics said Walker has been diagnosed with concussion-like symptoms. He was taken to a hospital for further evaluation.

Walker grimaced in pain as he went down and play was stopped as medical personnel from both teams tended to the star guard who was prone on the floor for several minutes.

His teammates gathered round as did Nuggets players, plainly concerned about Walker. A brace was placed around his neck to stabilize the area and he was strapped to a backboard before being placed onto a gurney and wheeled off the court.

Walker entered the game averaging a team-leading 22.6 points, 4.9 rebounds, and 4.8 assists in his first season with Boston.

Earlier this month, the Celtics lost Gordon Hayward to a fractured left hand. He suffered the injury when he collided with LaMarcus Aldridge in a Nov. 9 game against San Antonio.